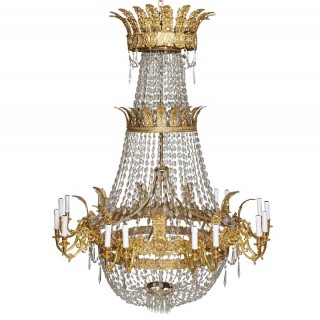 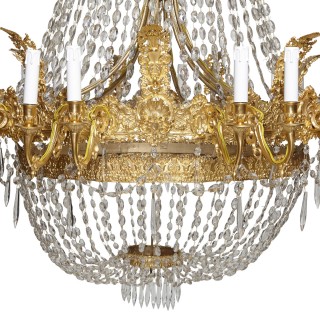 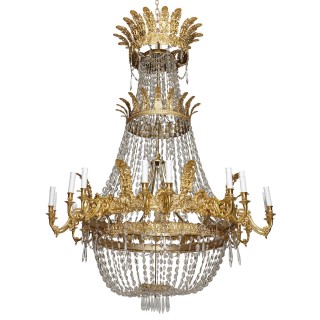 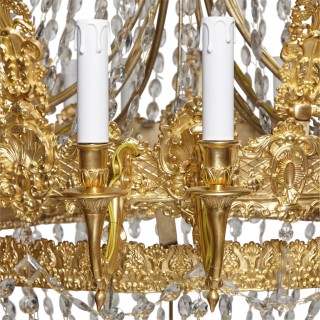 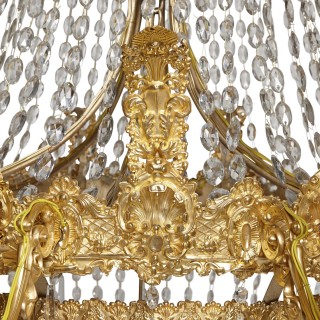 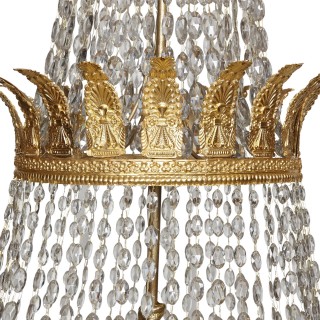 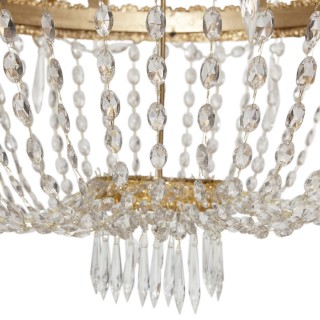 The chandelier is beautifully crafted: the glass droplets are brilliantly faceted and the gilt bronze throughout is intricately formed with classical forms. The branches that support the lights are ornately scrolled, the light they emit being charming reflected by and refracted throughout the hundreds of glass droplets.