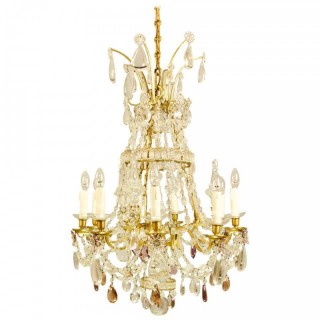 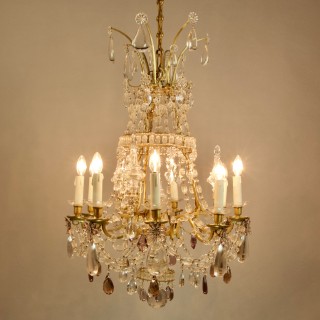 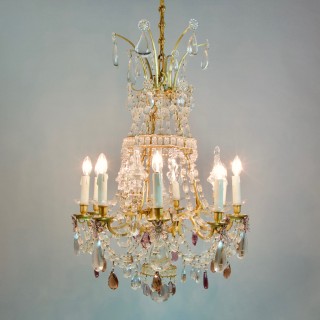 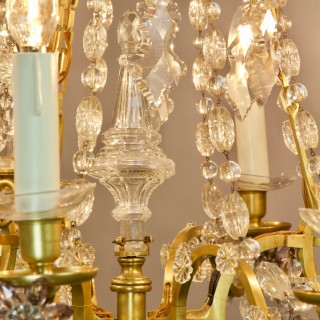 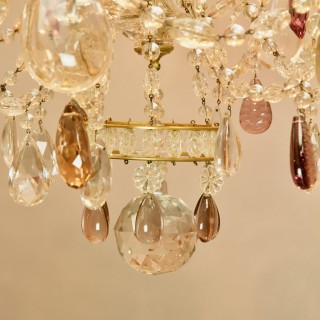 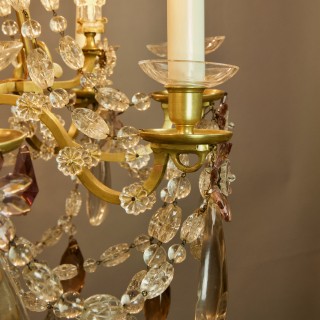 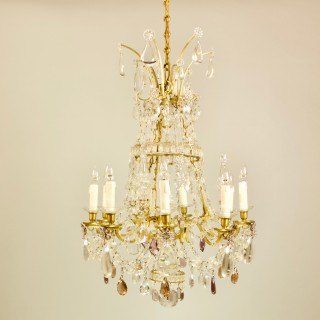 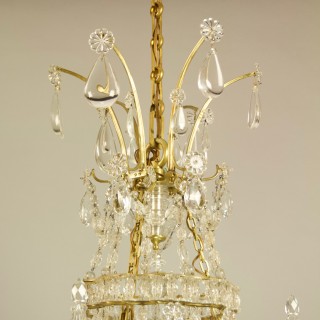 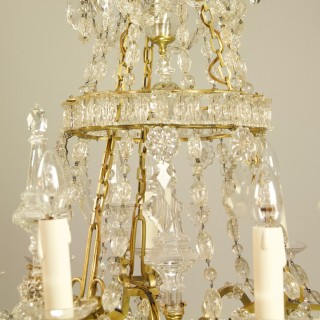 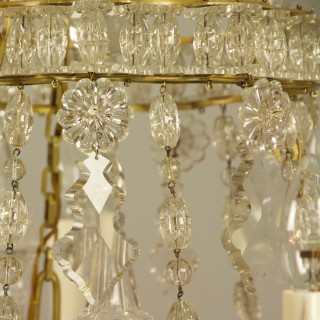 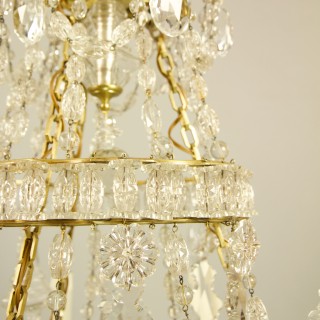 A large Louis XV style gilt bronze and cut crystal glass chandelier attributed to the Paris manufacturer Maison Baguès. This nine-light chandelier features an elegant gilt bronze Louis XV style frame hang with heavy high quality partially purple colored cut crystal glass in the shape of pendeloques, rosettes and drops. The chandelier is topped with splays of flowerheads, decorated with pendeloques. Suspension chains combining oblong facetted and small round pearls lead first from the top to a balustrade-like composition at half height that gives this chandelier its own special architecture. This construction or ring features the same oblong facetted pearls as seen in the suspension chains. The chains lead further to the arrangement of nine S-form Light arms hang with facetted drops and flowerheads. The light arms are also connected with each other by the same kind of cut crystal glass chains. The central shaft constructed by glass elements as a so-called “vase enfilade” with vase and baluster shapes. The base of the chandelier, the so-called “cul-de-lampe” consists of a ring corresponding with the upper larger one, which holds the finishing large faceted crystal bowl.

Since its establishment in 1860, the Maison Baguès has been an emblem of French sophistication in luxury lighting design. The master metal smith Noèl Baguès founded the company as specialists in liturgical bronzes, but by 1880 the company had expanded into the production of bronze light fixtures in response to the development of electrical lighting. Carried on by Noèl’s son Eugène and grandsons Victor and Robert, Maison Baguès continued to progress. Noted for their high end handcrafted work, such as complex carved sconces and hand-strung crystal chandeliers, Maison Baguès appealed to an elite clientele. Its products have been featured in luxury hotels like Paris’s George V and the Savoy in London.