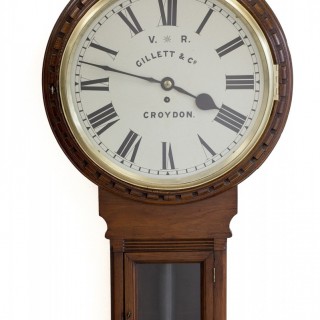 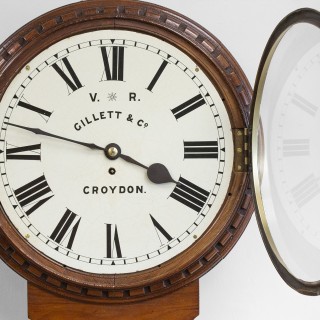 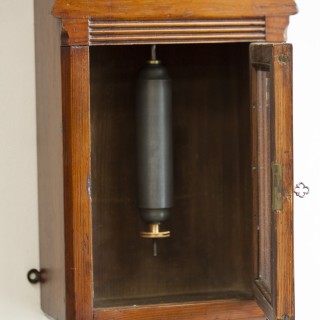 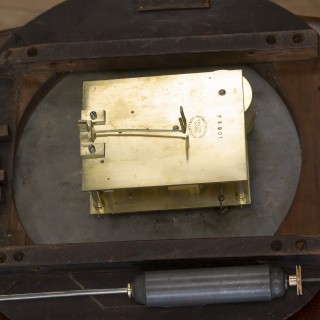 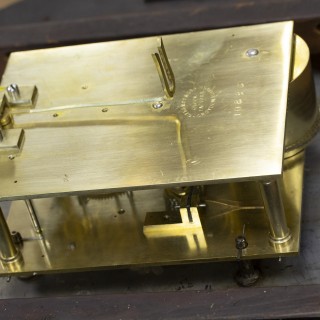 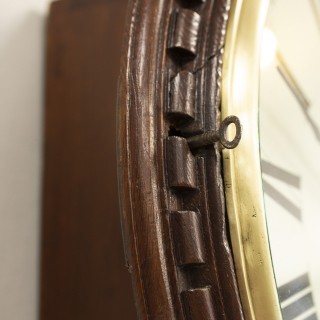 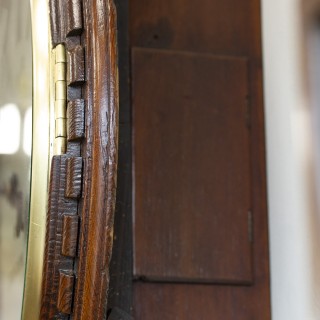 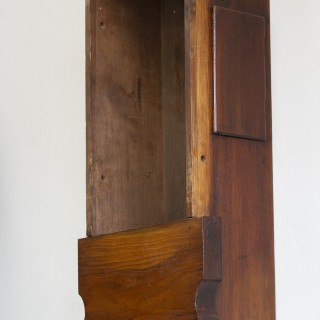 This large drop dial wall clock from the 1880s is signed both on the dial and on the movement by one of the better known names of English clockmaking of the late 19th century. It is a lovely original example of excellent quality, with a visible pendulum.

The Maker
William Gillett moved to his premises in Croydon, in 1844. Charles Bland became a partner in 1854, and the company subsequently traded as Gillett & Bland. In 1877, Arthur A. Johnston joined the partnership and the business became known as Gillett, Bland & Co. Upon Bland’s death in c.1884, the name was changed to Gillett & Co. The name Gillett & Johnston seems to have been used from around 1887. [source: www.gillettjohnston.co.uk/about/history] Gillett & Johnson became known as one of the most important clock-making companies of the late 19th / early 20th centuries, specialising in turret clocks and incorporating a bell foundry.

We can presumably therefore date this clock to the period shortly after 1884.

The pendulum has a steel rod and cylindrical zinc bob over a large knurled regulating nut. It is all visible through the (lockable) glazed trunk door.

The 14-inch dial is in excellent condition, signed Gillett & Co., Croydon, with the Queen Victoria cypher. It sits behind a glazed cast brass bezel, lockable by key.

The wooden dial surround has dentil cornicing all round. A side access door to the right of the dial assists for hanging the pendulum.