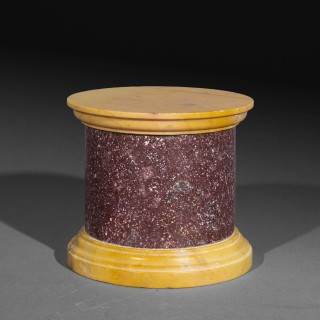 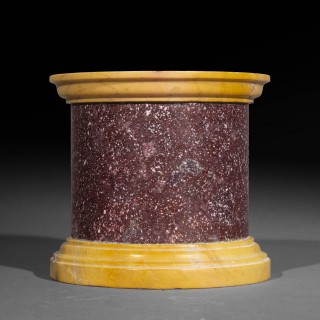 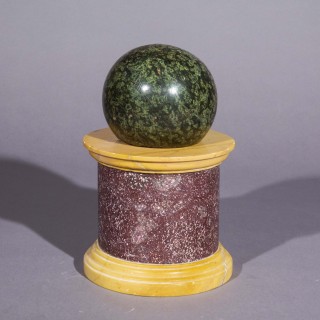 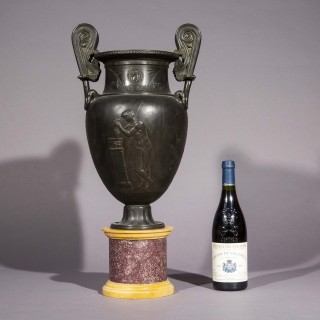 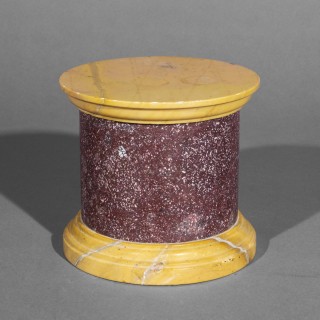 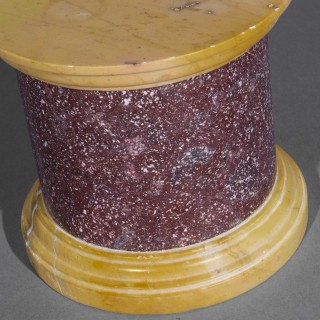 Why we like it
Its impressive scale and the splendid purple colour of the porphyry, beautifully comlemented by the Giallo Antico di Siena marble mouldings, make this object a powerful decorative statement on its own, or a very suitable stand for a fine bust or a vase, evoking classical sophistication of a well-travelled gentleman’s library of the Enlightenment era.

Egyptian red porphyry is also called Roman Imperial porphyry (porfido rosso romano).
The term ‘porphyry’ derives from the Ancient Greek πορφύρα (porphyra), meaning “purple”. This ‘Imperial Porphyry’ comes from 600 million-year-old volcanic rock from Gabal Abu Dukhan quarry in the Eastern Desert of Egypt which was discovered by Romans in AD 18. It is highly prized for its rarity and noble ‘Imperial’ purple colour, a symbol of power. Pieces such as these were often made from broken ancient pieces, ‘upcycled’ in the 17th-19th centuries.