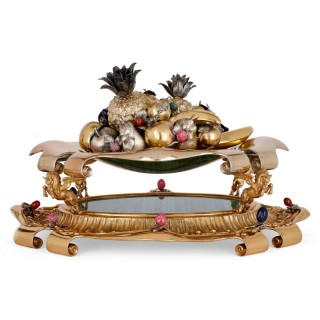 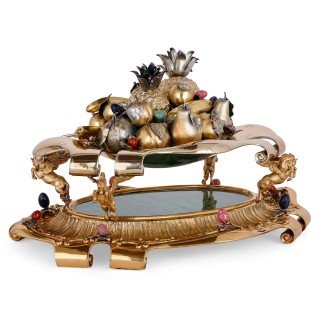 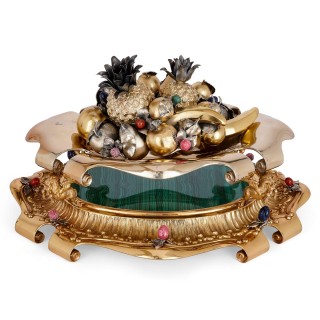 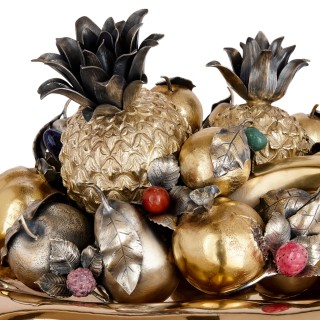 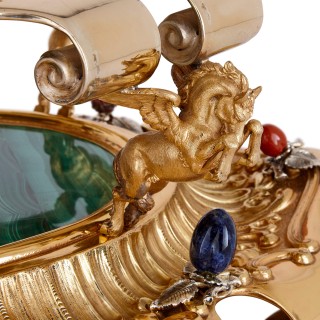 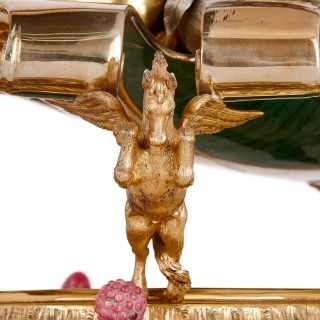 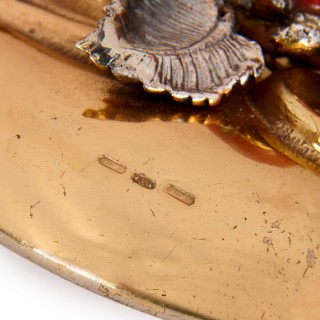 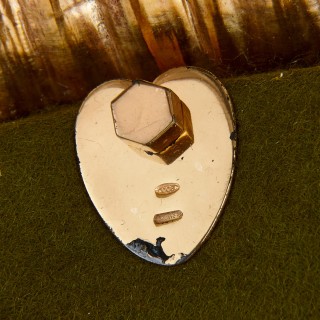 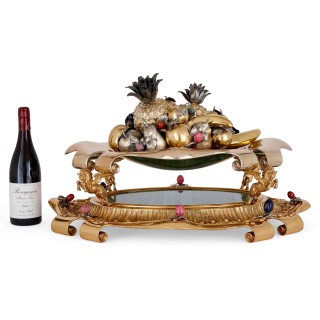 Bearing the mark of Argenteria Fiorentini & Spertini, of Milan, c.1980, this magnificent centrepiece is a large, extensive, parcel-gilt, silver, and precious stone sculpture demonstrating the quality of Italian and particularly Milanese decorative metalwork from the late twentieth century.

It is mounted on a oval-shaped base which is cast with rocaille, and is raised on eight wide-ribbon scrolled feet. This is turn is centred by a large, bright, immaculately veneered malachite central oval, and it is mounted variously around the side with a series of carved hardstone fruits. The central dish, with further everted ribbon scrolls, is supported by a series of four gilt pegasus sculptures, which are superbly sculpted, giving the piece an evocative mythological flair. The dish features an array of parcel-gilt fruit, including pineapples, pears, pomegranates, and citruses, which are applied with additional hardstone fruit and berries. The piece is marked on sides of both tiers and leaf of pineapple.