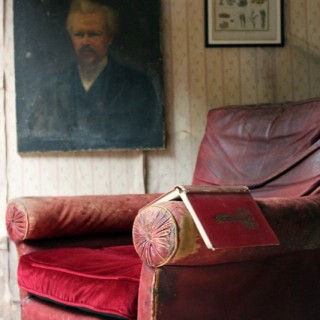 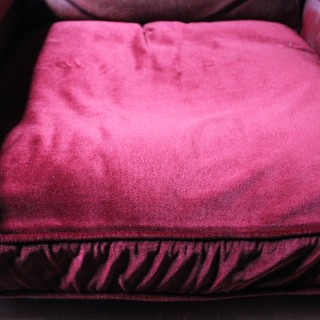 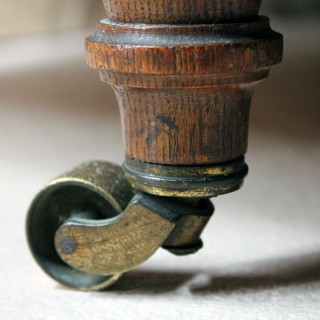 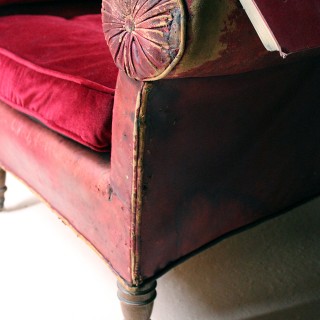 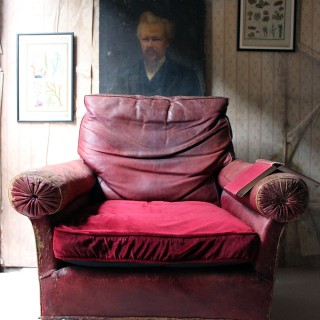 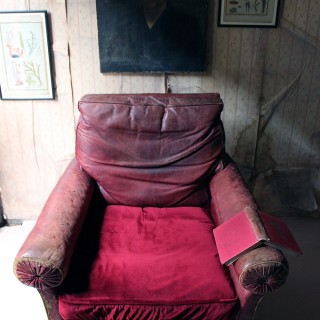 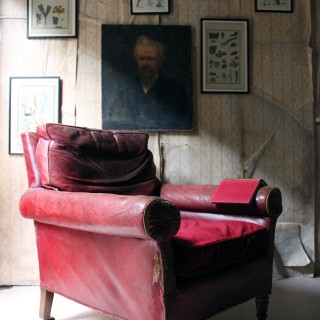 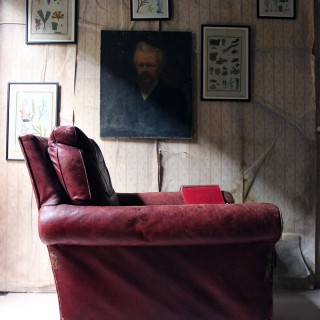 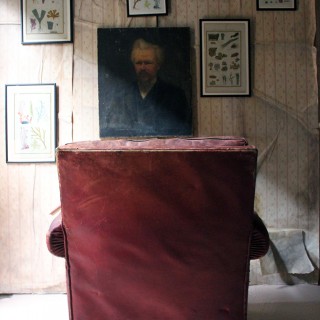 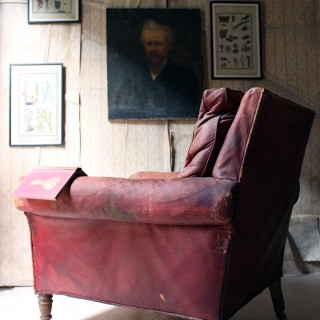 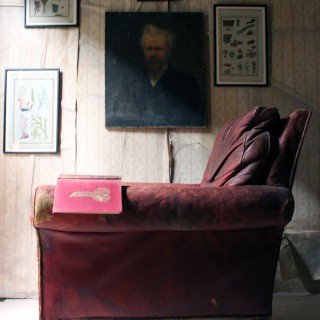 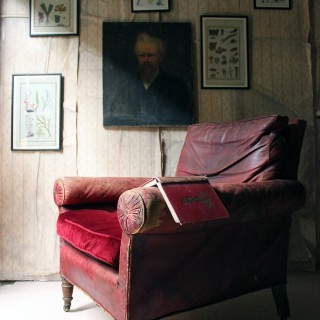 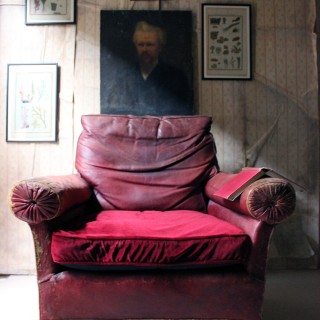 The oversized and extremely comfortable and supple red morocco leather armchair with a slanting back to tubular gilled arms to turned oak legs with brass castors, surviving from the middle of the nineteenth century and having been removed from Fonthill Abbey, Wilshire, England.

The first appearance of a house at Fonthill comes in 1533, when Sir John Mervyn purchased the estate and lived in a house surrounded by a park. A hundred years later Fonthill House, sometimes called Fonthill Antiquus was owned by Lord Cottington, Chancellor of the Exchequer in Charles I’s reign. The house and estate was sold to Alderman William Beckford, Lord Mayor of London, in 1745. He altered the house which was known as Fonthill Redivivus redesigned the lake and built a temple and a pagoda.

In beautifully worn, country house order, the chair is lovely original condition making it hugely appealing. The leather is of super quality and now worn in many places but attractively so, now wonderfully supple, with no tears or holes. The oak is in good order throughout with only minor scuffs and an good patina and colour. The seat cushion has been later re-upholstered in a lovely red velvet. It proves a very comfortable chair indeed, perfect for lounging, reading or watching and is very hard to wrench yourself out of!