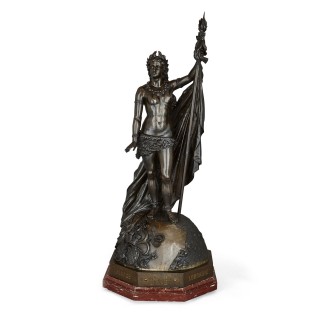 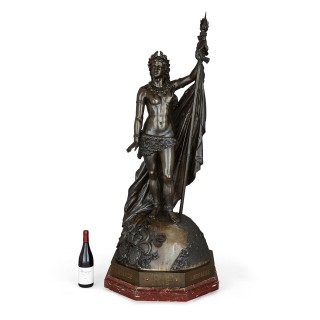 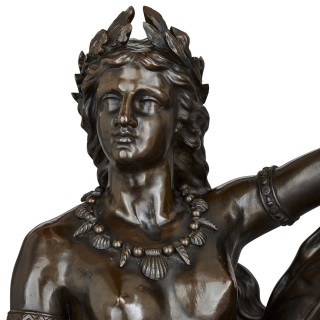 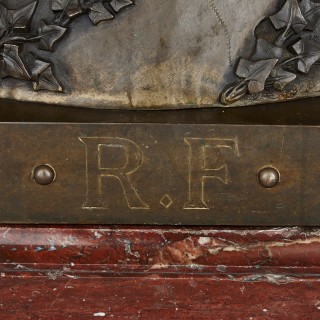 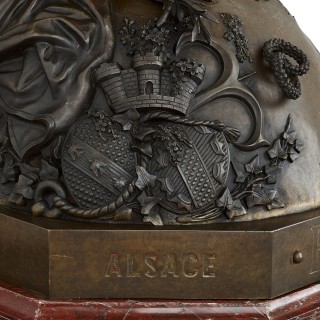 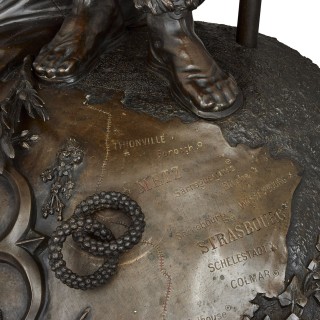 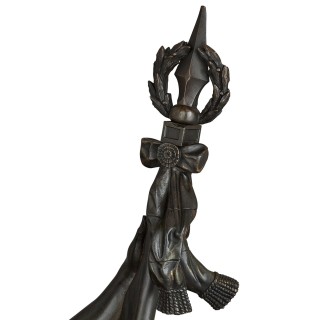 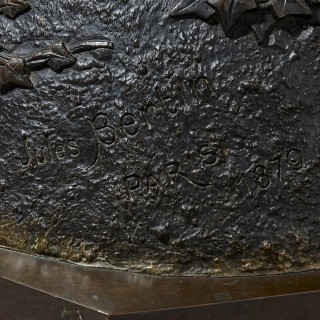 This exceptional sculpture is by Jules Bertin, a leading French sculptor during the nineteenth century. The sculpture personifies Paris—or Liberty, in the Republican vein. The context for understanding the work is in the aftermath of the Franco-Prussian war of 1870, when France lost her eastern provinces of Alsace and Lorraine to Prussia. In the sculpture, the figure of French Liberty stands triumphantly atop a globe depicting the eastern regions of France, signifying that one day France will regain her lost territories. The work is deftly carved, with Lady Liberty wrought in a classicised style. The sculpture is set atop an octagonal base inscribed ‘Alsace’, ‘R.F’ (for République Française), and ‘Lorraine’. The bronze is signed ‘Jules Bertin / Paris / 1879’ and is set atop a red marble plinth.