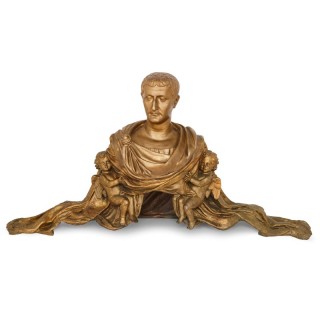 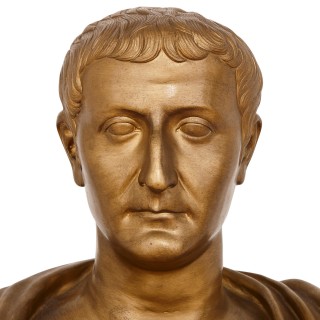 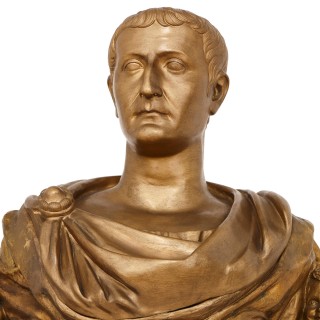 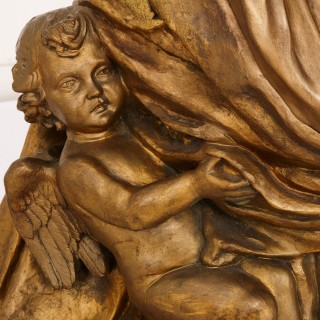 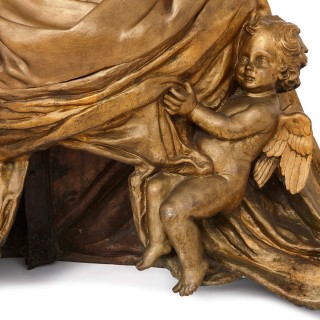 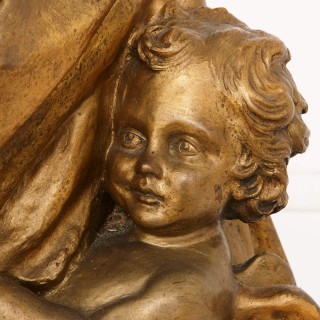 This remarkable ormolu bust of the iconic Roman Emperor Julius Caesar is the epitome of Neoclassical style design, and was originally intended as an overdoor decoration. Overdoors – decorative elements applied above doorways – became popular in the interiors of the European elite in the 18th Century.

This ormolu bust depicts Julius Caesar in traditional Roman-style draped clothing which extends outward to either side of the bust in swathes of naturalistically folded material. Nestled next to Caesar’s shoulders are two small winged cherubs. The bust could sit above a doorway, or could equally be incorporated into a decorative scheme or used as a standalone piece.