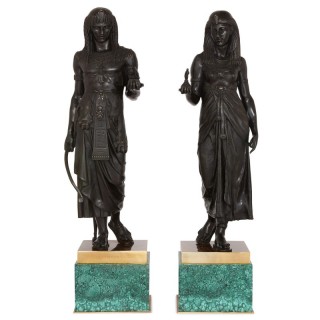 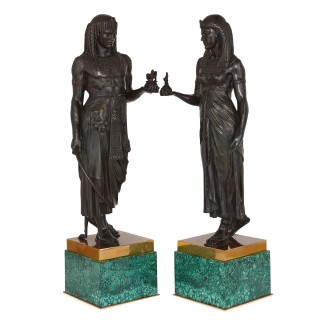 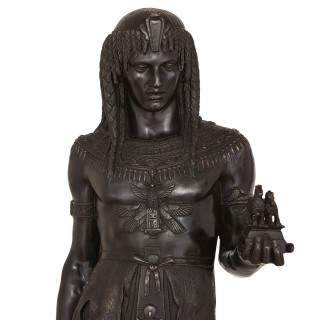 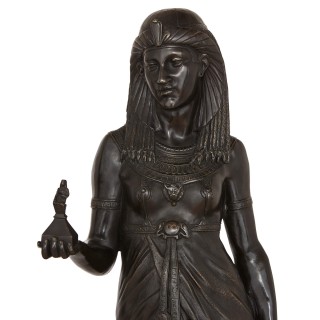 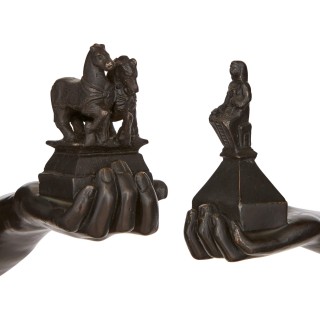 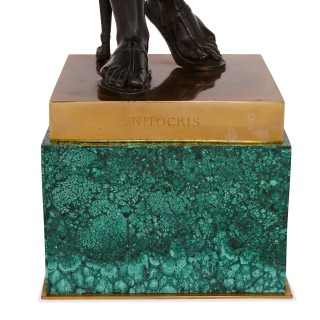 The pair of figures, one male and one female, are cast in patinated bronze, and are styled as Egyptian figures in the Empire style of Napoleon I. The sculptures are set upon square-form gilt bronze plinths, themselves mounted onto striking green malachite bases.

The first figure depicts a full-length male holding two model horses in one hand and a bow in the other. The gilt bronze mount upon which the male figure is set is inscribed ‘Nitocris’, which references the renowned (likely fictional) Pharoah, a character in the historic writings of Herodotus, an ancient Greek historian. The second figure depicts a full-length female holding a throned Pharoah in her hand. Both figures wear traditional Egyptian headdresses and draped clothing which are decorated with detailed symbols and motifs.