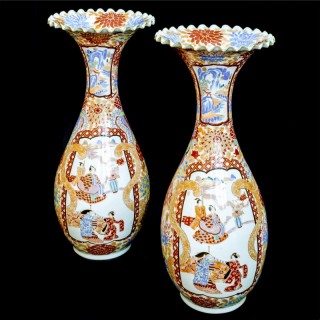 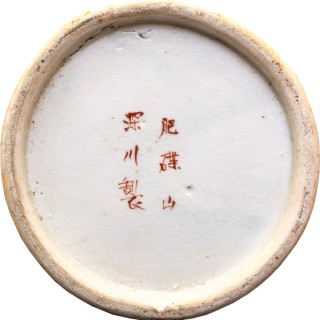 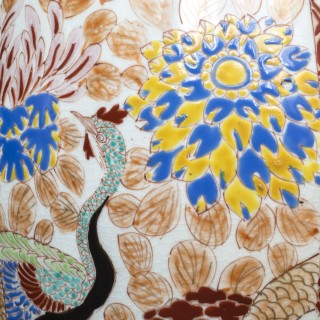 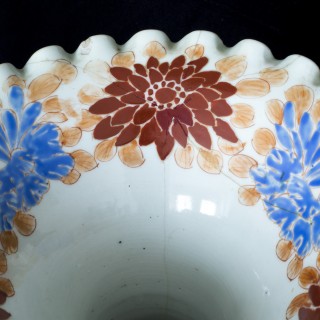 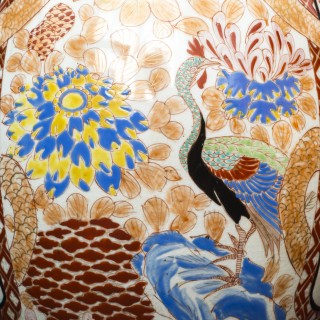 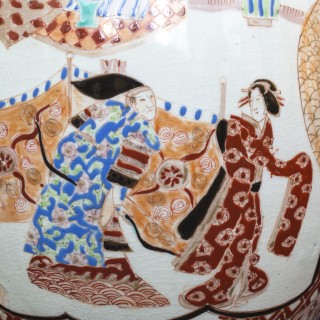 Each vase of bulbous shape with traditional scalloped rim, over the body decorated with reserve panels depicting court garden scenes, on chrysanthemums and peonies background adorned with birds and streams. Signed to the base with six-character mark, reading: ‘Hichozan Shimpo-sei’ (made by Hichozan Shimpo).

Hichozan Shimpo was a studio that painted Fukagawa porcelain as well as other products of the Mikawachi kilns that were exported as Hirado wares. The distinction between Fukagawa and Hirado tends to blur after the start of the Meiji era, when greater attention started to focus on exports.

Hichozan Shimpo-sei brand was made in the short period of time at the end of Edo period, commissioned by the merchant, Tashiro Monzaemon (1816-1900). Monzaemon expanded the market for Japanese Imari products at that time when Tokugawa opened other ports for export in Japan other than Nagasaki.

One vase has restorations and minor chip to the rim

Signed to the base with six-character mark, reading: ‘Hichozan Shimpo-sei’

One vase has restorations and minor chip to the rim