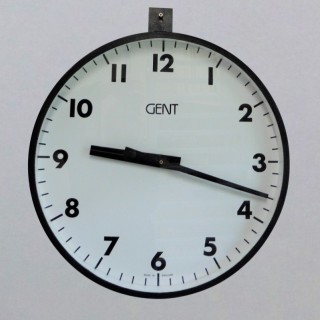 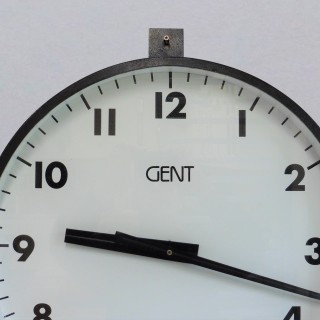 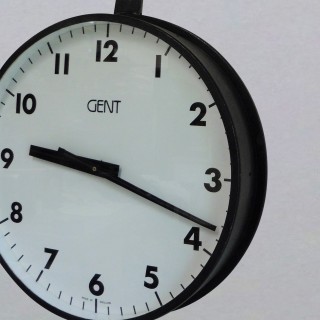 Nineteen inch black metal cased wall dial clock with painted dial signed ‘Gent, made in England’. (Originally a slave movement driven by a master clock – the original electric movement has been saved and is mounted inside the clock for safekeeping) now converted to a quartz driven movement. C.1960.

Gent’s were established in 1872 by John Thomas Gent originally working from the Faraday works in Temple Road. Leicester. After the second world war the company expanded to nearby Kibworth, a premises at London Road, Leicester was also used during this time. In the early 1990’s the company moved to Hamilton Road.

The company was a well known manufacturer of electrical equipment, specialising in electric clocks which were used in public buildings and railway stations all over the world. During it’s heyday the company employed a workforce of several hundred people. The company ceased production of clocks in the early 1980’s.