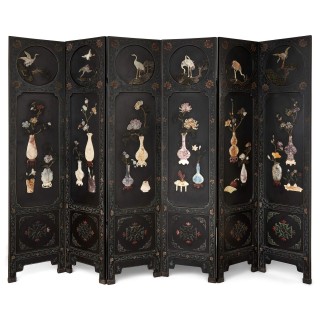 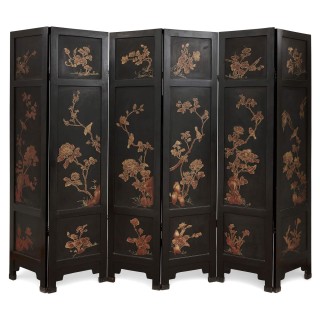 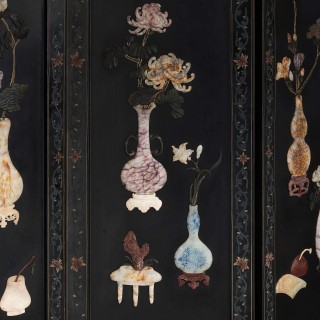 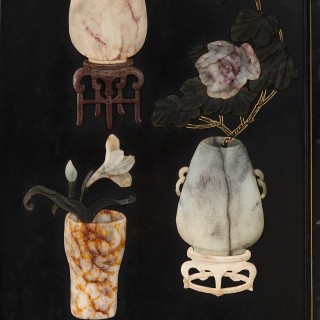 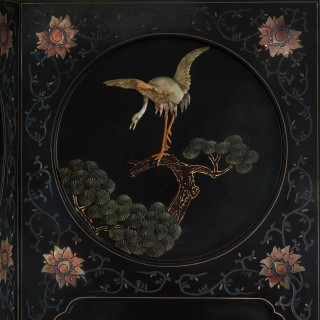 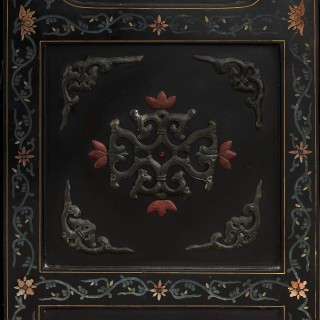 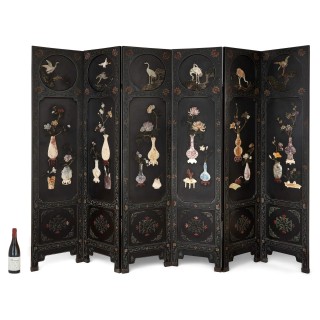 The large and intricately detailed screen is formed of six wooden panels, joined by hinges, so that the screen can fold according to requirements. The panels are lacquered to both the front and back, to produce a lustrous, black surface texture. They are decorated with flowers, vases and birds in an elegant arrangement, featuring beautifully inlaid hardstones.

Each panel is fully lacquered, and the decoration is separated into three sections. The lower part is square in form and inlaid with a hardstone depiction of vases and other objects, while the larger, central, rectangular middle section features similar hardstone decoration, including an exquisite depiction of a coloured vase with intricate, delicate flowers. The upper part is circular in form and contains various images of cranes in various poses and positions.

The hardstone decorations are mounted onto a black lacquer ground, and the compositions are surrounded by intricate painted scrolling foliate motifs in gilt. The reverse of the screen is more simply decorated than the front, with a series of gilt foliate designs on a black ground, nevertheless they are equally elegant, in a more subtle, muted, and tranquil manner.