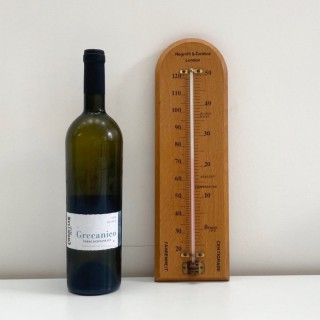 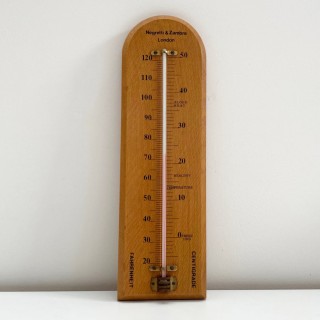 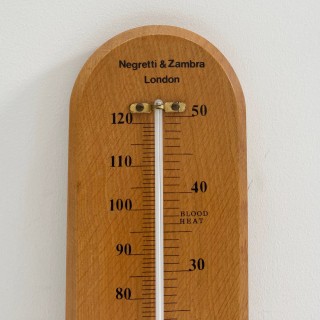 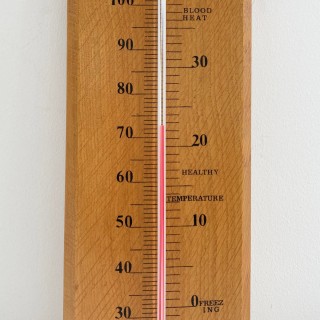 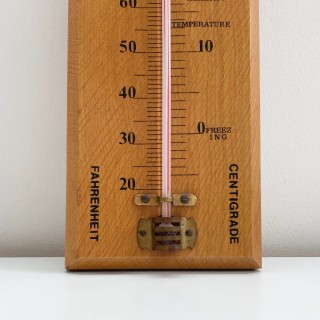 Comprised of a solid oak scale back with domed top and chamfered edges. Measuring 35 cms high and 12cms wide, this very simple and late production example bears a transfered scale with both Fahrenheit and Centigrade scales and the maker’s name, Negretti & Zambra, London” to the top.

The large, red spirit filled thermometer is held to the base by two brass clasps and the thermometer bulb is further protected by a brass grill at the base.

In itself somewhat plainer than this company’s Victorian and Edwardian output but interesting nevertheless to see such a late example.

Negretti & Zambra were a leading name in the production and retailing of meteorological and scientific instruments and had a company history dating back to 1850 although their parents were amongst those Italian emigres that bolstered the British meteorological instrument making industry at the turn of the century.