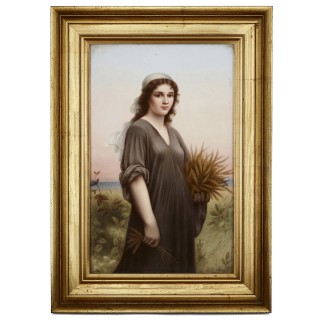 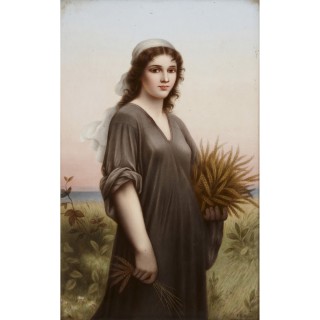 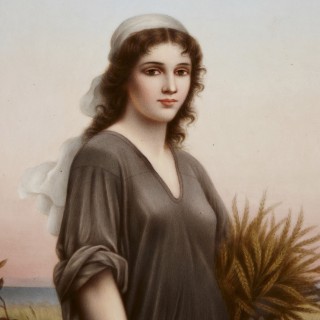 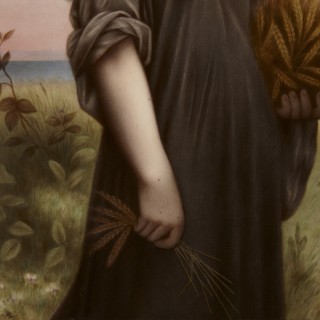 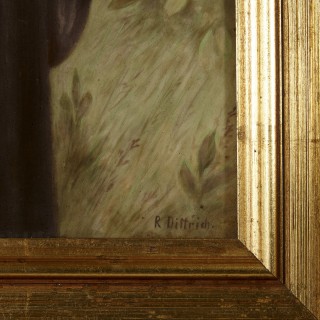 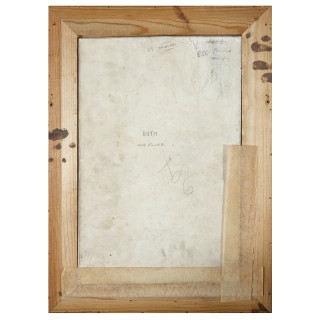 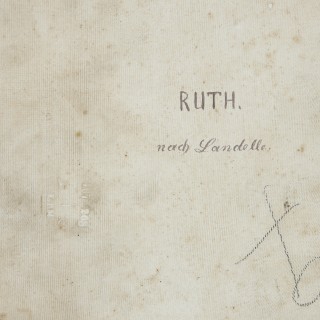 This rectangular shaped porcelain plaque depicts the Old Testament Biblical figure Ruth in a cornfield. She is dressed plainly in a grey shift, white headscarf, and carrying a wheatsheaf under her left arm. She holds a direct gaze with the viewer, and stands in front of a subdued sunrise or sunset in the background.

The original painting, by Charles Landelle (1821-1908), was painted in 1886 and is held in the Shipley Art Gallery in Gateshead. Landelle was a French painter, best known for his Orientalist works.

The plaque is signed to the lower right ‘R. Dittrich’. Dittrich was a famous china painter working in Austria and Germany during the 19th Century, and specialised in copies of Ruth in the Cornfield. The plaque is also inscribed to the reverse with the title and KPM marks, and is held in a giltwood frame.