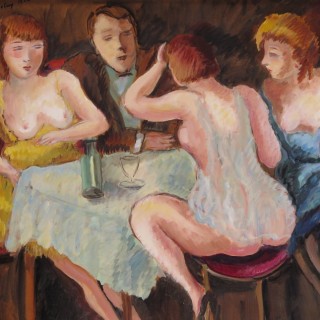 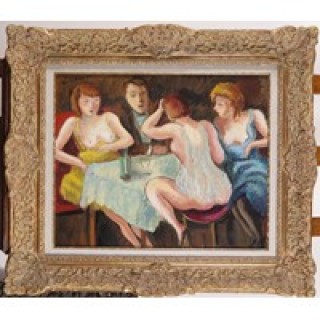 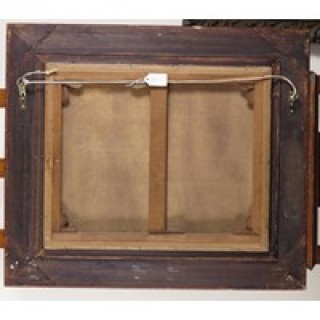 Pierre de Belay discovers his vocation as a painter in 1900. His father wine dealer, amateur artist who paints a lot of landscapes on the banks of the Odet or the activity of the port of Quimper, does not oppose the ambitions of his son. The only advice he accepts is his father’s. In 1903, Pierre Savigny de Belay already painted many portraits of notable Quimperois. He is spotted by Max Jacob , a Quimper poet and a great friend of the family. Already, Max Jacob predicted that he would become a famous artist. He studied without a master, worked fifteen hours a day, made sketches of fishermen at the port, notes the episodes of the daily life of the sailors. Max Jacob teaches him to lead, to control his nature, but not to disobey him. ” Drawing,” he repeated, “begins not with the copy of natural forms, but with the interpretation of these forms for creation. There is no creation where there is only servile copy.

In 1905, Max Jacob and Pierre Savigny de Belay settled in Paris . They live in Montmartre , at Bateau-Lavoir , where Picasso’s studio is located. Pierre de Belay meets many artists and immerses himself in a real bubbling of ideas. In spite of this effervescence, Pierre Savigny de Belay keeps his independence vis-à-vis the artistic currents of this time. ” Rarely provincial of my age (I was fifteen to sixteen) was, without transition, transplanted into such a singular milieu. I met daily with Picasso who was in the blue era. Guillaume Apollinaire , battleship of velvet and ringed with evil stones, laid the foundations of a new religion – assisted by André Salmon , Pierre Mac Orlan and Francis Carco . It was the full bloom of Cubism , but it had no influence on me; a fundamental law guided my research: the study of nature. A long work can only lead any artistic creator to perfect his means of expression.

Also the formation of the young Pierre Savigny de Belay is done in the Montmartre climate. It will be one of the aspects of his work (as well as the judicial world where he is a ruthless observer) and his native Brittany which constitutes the essence of his inspiration. Pierre de Belay then rubs shoulders with the world of painting who is looking for new ways. He does not engage in any fight, no school, but knows how to take advantage of the innumerable still solitary adventures (before history locks them in currents). An eclecticism that serves his natural verve, his very sure instinct (he will show it in his social scenes). We are here at the end of Impressionism , alongside the tawny , Expressionist flambee , in an ardor that gives all its verve to a landscape. Thanks to the attention of Max Jacob, it remains in the memory of those who are attached to the life of the poet and the Montmartre colony. Frequent are the connections that will be under the leadership of Max Jacob in a spirit of independence, the poet never playing the role of master and standing himself in a fierce independence in the face of a surge of innovations that have not not a direct effect on his pictorial work 1 .

“Later, I knew futuristic , surrealist , Dadaist circles; avalanches of paradoxes slipped on me without undermining my convictions. I painted at this time a portrait of Max Jacob absorbed in a deep meditation before the Frugy quimpois and the meanders of the Odet, a painting offered to Picasso. I reserved all my devotions to the Impressionists. To arrive at the simplicity after having made the turn of the difficulties, the big secret is there” he declares.

His career was slowed by his military service that he carried out from 1910 to 1913. The war broke out soon after. He is injured in front of Verdun. He settles definitively in Paris in 1919. He multiplies the scenes of coffee and scenes of theaters and returns from time to time in Brittany to resume his favorite models, the fishermen of Concarneau , Audierne , Lesconil and Douarnenez . He exhibited successfully in Paris. It is only from 1923 that he will stay regularly in Brittany , at least two months each summer, in Tréboul (at the Hotel de la Baie) and Audierne, with his wife Hélène. When staying at the Bay Hotel they are periods of intense activity for the painter: every morning he leaves with all his equipment. He particularly likes the atmosphere of the port. His easel planted not far from the ocean. Sea workers respect the artist who does his work with them. He fixes on the canvas or on his notebook the sailor hitched up in his peacoat, the companion assembling the nets in the boat, the frothing foam towards the hold.

His native Cornwall , which remains the favorite place of the artist, offers a variety of landscapes. But ports are not the only places he likes to paint. He also appreciates the atmosphere and animation of the markets and especially Penmarc’h . He strives to portray fleeting expressions of faces in crowds. Pierre de Belay renews the traditional Breton themes with a dynamism, colors and a structure considered fundamentally modern at the time [ref. necessary] . He frequents very little the painters of Brittany, in order to keep his independence, and he prefers them strong friendships, like the one he enters with the composer Paul Le Flem . It gives little importance to faith, legends, the Celtic past, traditions, preferring the atmosphere of ports and markets. He uses a range of limited tones, characters reduced to elementary volumes. His fishing groups sometimes show the frank and folkloric naivety of popular imagery. Yet his works are not without influence of the movements he attended. Thus, the construction of his compositions and characters borrows Cubism ( The Breton couple , 1933), its colors and its touch are influenced by fauvism (La Gavotte, 1919). Curiosity and passion for the “thing seen”, his manner of capturing fleeting expressions on the faces make Pierre Savigny de Belay a reporter of his time 1 .

From 1923 to 1926, he illustrated the review Arlequin , periodical of arts and entertainment, and in particular the heading “Paris that soup and dine”. Curiosity and passion for the real, his way of capturing fugitive expressions on the faces make Savigny de Belay a reporter of his time. In July 1933, the Stavisky affair broke out, leading to a political crisis following the alleged suicide of the businessman. He attends the trial of which he draws many sketches (audience scene, pleadings, etc.). The artist notes in his notebooks the faces of the accused, the mimicry of the jurors, the attitudes of the lawyers, in a spirit close to the caricature.

In 1937, he painted A trawl fishery for the Paris World Fair . Savigny de Belay also travels a lot in Belgium where he finds the changing and lively atmosphere of small Breton towns. He meets in Ostend ( West Flanders ) James Ensor (1860-1949), painter who wants as independent as him. It was at this moment (1939) that he invented “trellis” – a technique close to engraving (which he has been practicing since 1926) -, an interweaving of lines that gives a certain depth to these works. He made an exhibition in Paris in 1943. Little by little, he took up the classical tradition. From 1940 he stays in the south. In 1947, he returned to Ostend where he mounted an exhibition with James Ensor . This is where he dies of a heart attack.He painted more than a thousand canvases, as many gouaches or watercolors, and sketched thousands of sketches. His works are preserved in many French museums like those of Avignon ; Museum of Fine Arts of Bordeaux ; Concarneau ; Eugène-Boudin Museum of Honfleur ; Mantes-la-Jolie ; Morlaix, museum of the Jacobins in Morlaix ; Nantes Museum of Fine Arts ; Orleans ; Montmartre Museum and Bar Association of the Paris Bar in Paris ; bigouden museum at Pont-l’Abbé ; Breton departmental museum and Quimper Museum of Fine Arts ; Museum of Fine Arts of Rennes ; Rodez ; Museum of Fine Arts of Rouen ; Saint-Denis ; museum of the Échevinage de Saintes ; Lambinet museum at Versailles ; castle museum in Vitré .