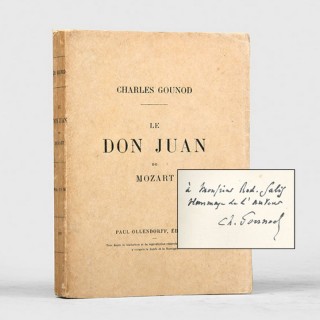 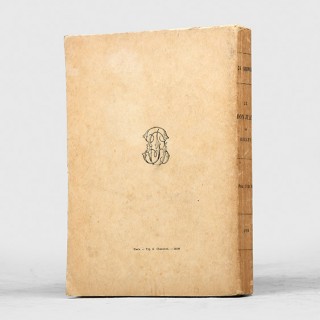 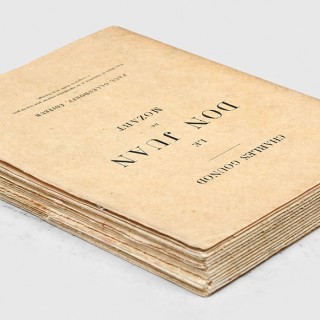 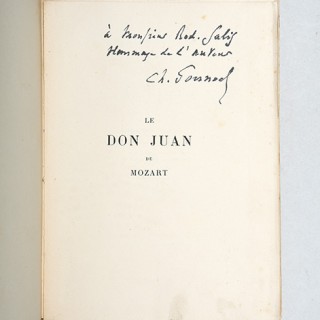 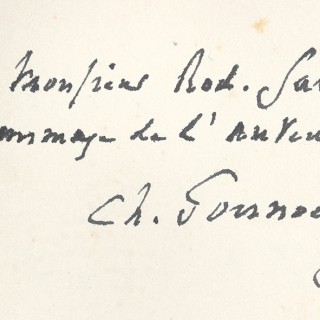 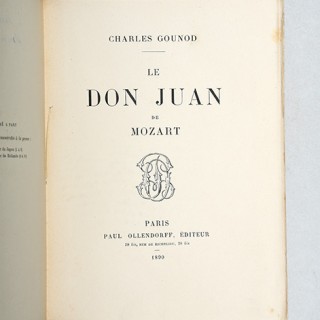 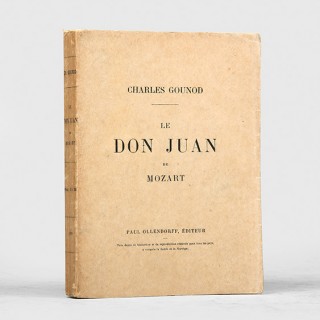 First edition, an exceptional presentation copy to the proprietor of the famed Montmartre cabaret Le Chat Noir, inscribed on the half-title “À Monsieur Rod[olphe]. Salis, Hommage de l’auteur Ch. Gounod”. The book is a study of Mozart’s Don Juan that reveals its particular importance to Gounod, and its continuing influence on his life and work: “The score… has had an influence on my whole life akin to a revelation; it was, and has remained for me a kind of embodiment of dramatic and musical faultlessness; I consider it a work without a flaw, of uninterrupted perfection” [the cataloguer’s translation].

The connection between Gounod and a famous Parisian cabaretier may seem a surprising one at first, but the composer had a very close relationship with Le Chat Noir, contributing critical work to the establishment’s weekly magazine; Ravel, Satie, Massenet, and Fauré were also keen supporters of the cabaret. Also significantly, themes from Gounod’s Faust were used by Albert Tinchant when he arranged the score for La Tentation de Saint Antoine, a shadow play – “féerie à grand spectacle en 2 actes et 40 tableaux” – based on Flaubert’s book and designed by painter-designer Henri Rivière, who developed these “ombres chinoises” for which Le Chat Noir became famous. Gounod’s “Ronde du veau d’or” accompanies part three of the tableau L’Avarice, entitled “La Bourse”, and music from the final scene of Faust is employed for the “Apothéose”. A superb copy with an association highly evocative of the fertile cross-cultural collaborations of the Banquet Years.