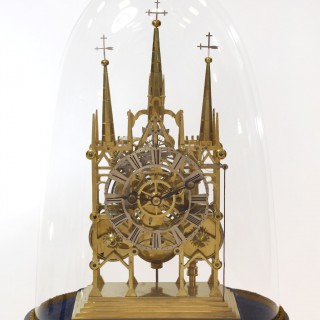 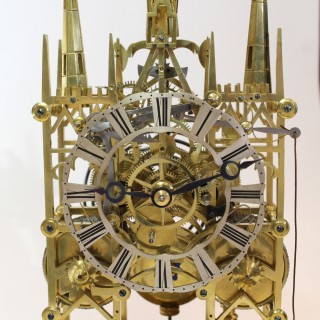 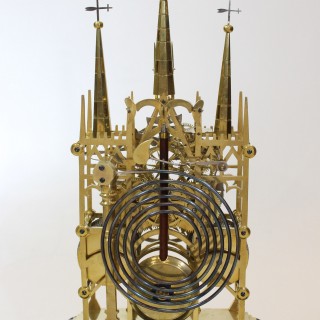 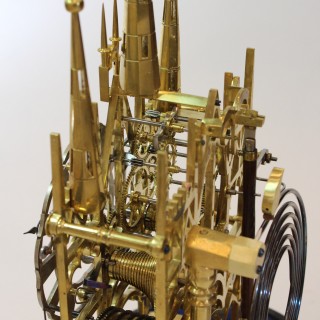 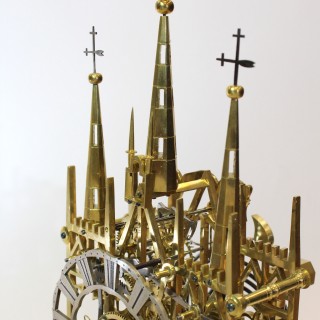 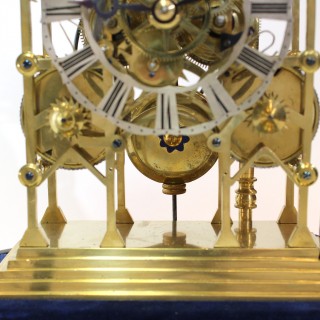 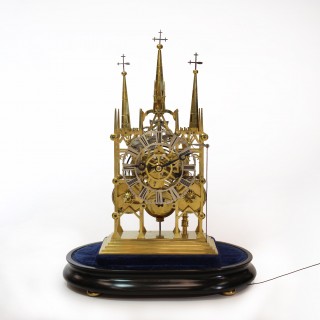 The eight-day six-pillar spring-driven double chain-fusee movement strikes the hours and the passing of the half hour on a gong, and has a trip repeat function; In other words, a cord that extends through the base of the clock will repeat the last hour struck when pulled.

The clock is raised on a stepped plinth base on a velvet-covered ebonised wood base with bun feet, and protected by a glass dome.