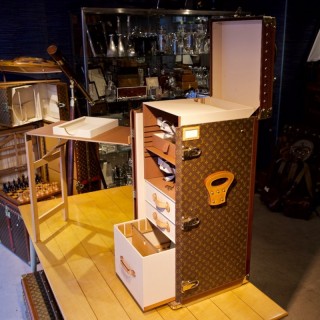 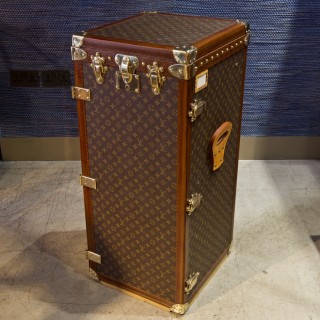 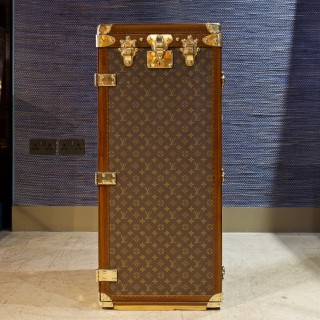 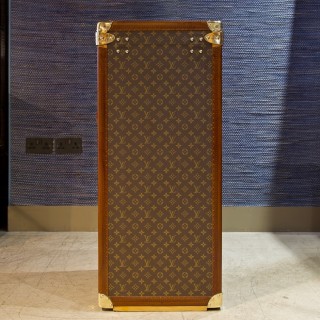 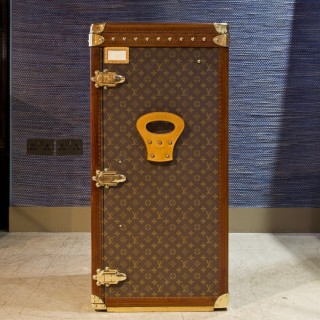 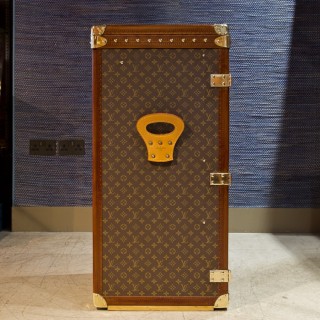 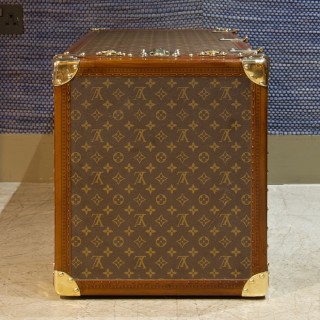 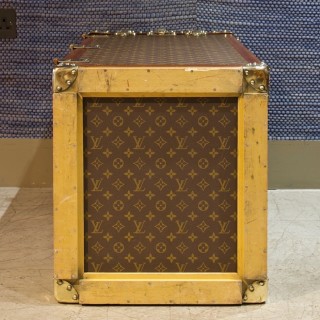 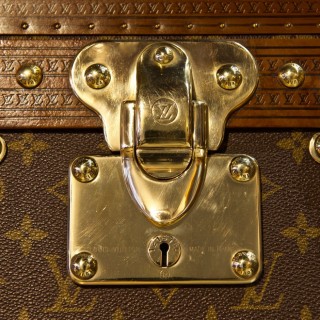 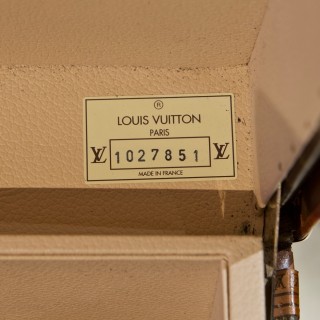 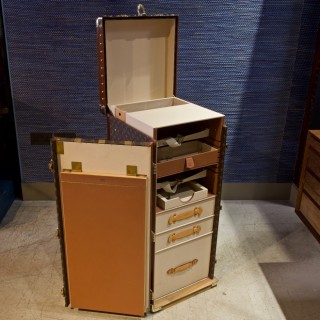 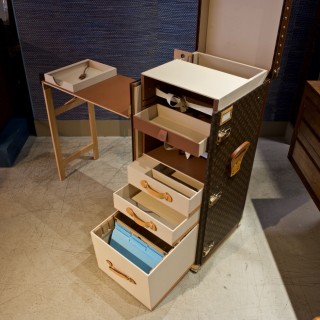 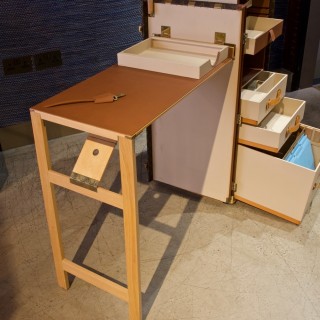 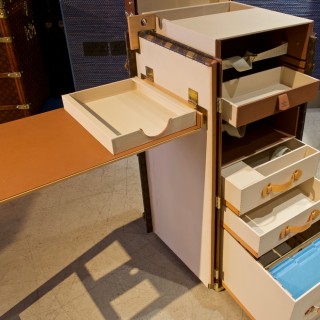 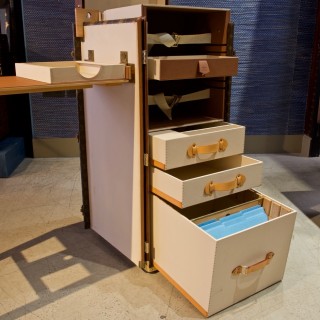 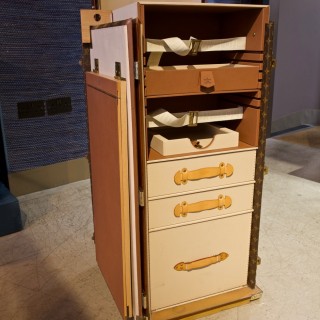 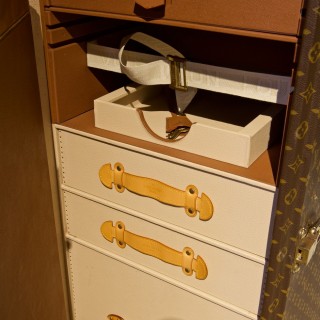 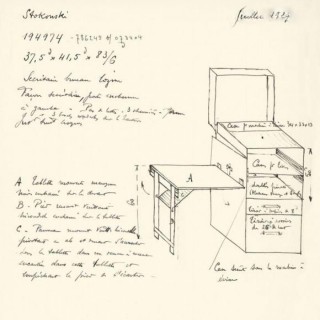 In July 1929, the world famous conductor Leopold Stokowski asked Georges Vuitton to design and manufacture a special-order travelling office trunk for his voyages around the globe.

The original trunk made for Stokowski had:
(internally)-

A box for typewriter.
Adjustable shelves for books.
A secret drawer.
A drawer for sheet music and music paper.
A hanging file drawer.
On the door, a fold-out desk.
The interior was lined in orange Vuittonite with a grey leather desk top.

Stokowski’s trunk is illustrated on page 297 of the Louis Vuitton book, “100 legendary trunks”.

Vuitton also made later examples with a similar internal layout of drawers, shelves and compartments, but with some modifications:

An additional partition drawer.
The shape of the drawer handles.
The height of the desk and its opening system.
The finish of the desk in solid beech.
‘Elephant ear’ leather exterior carry handles.
The addition of a door locking system.

This magnificent example was purchased at the Louis Vuitton new york store in the 1990’s and has been cherished by its owner ever since. The condition is excellent and it comes complete with the original clochette & two keys.

Leopold Antoni Stanislaw Stokowski was one of the leading conductors of the early and mid-20th century. He is best known for his free-hand conducting style where he lead the orchestra without a baton, and for obtaining a characteristically sumptuous sound from the orchestras he directed. Stokowski became more widely recognised when he conducted the score for the acclaimed 1940 Disney film fantasia which has enigmatic images of the conductor throughout the film, showing Stokowski in silhouette or low-key lighting; especially striking are the film’s final moments with Stokowski framed majestically by the sun.