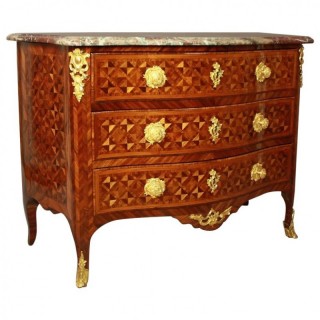 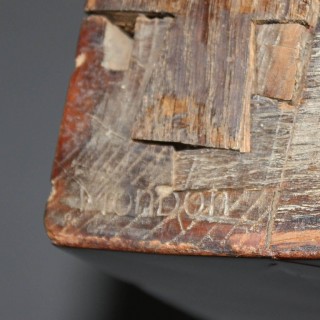 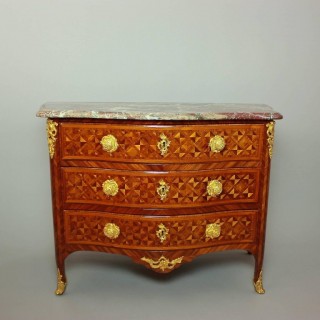 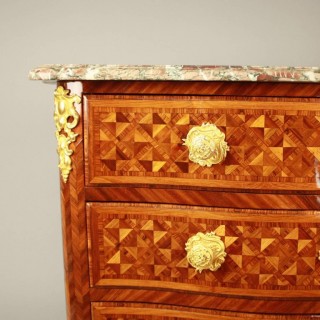 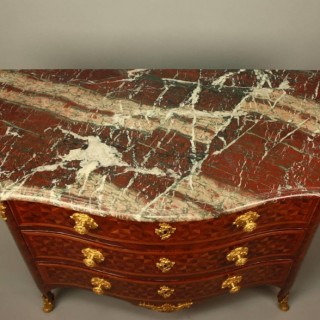 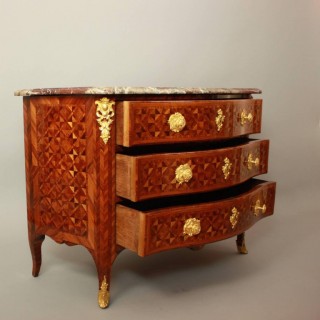 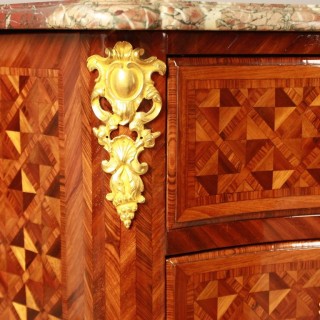 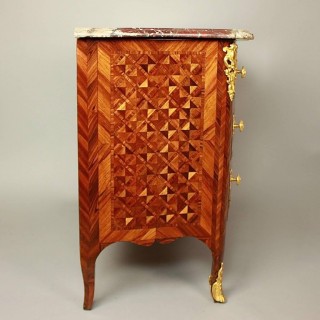 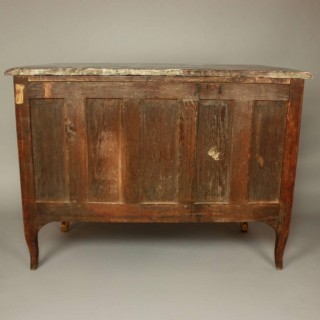 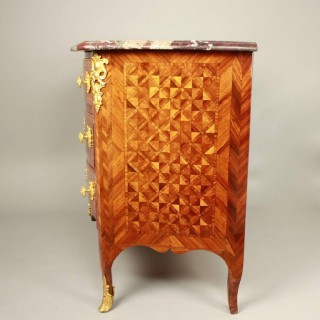 A fine Louis XV commode or chest of drawers stamped ‘Mondon’ (Francois Mondon, 1694- 1770). This commode with its three rows of drawers bears the maker’s stamp of François Mondon (see photo) and is of characteristic rococo form. A marble top ‘Campan rubane´’ (a French marble from the Pyre´ne´es) above a body of bombé shape, the whole inlaid with cube parquetry. It is further decorated with ornate gilt-bronze mounts for the drawer pulls, keyholes, hipped corners, and dropped apron. The drawer pulls probably from a later period. Raised on cabriole legs with gilt-bronze sabots. On the back a label stating ‘Clemenceau’ – an inventory label.

Mondon was a maître ébéniste of the Regence and Louis XV period. He specialised in the making of commodes, using geometric marquetry which create a three-dimensional almost shimmering effect. An effect that would have been picked out by its elaborate and very finely chased mounts, resulting in an object of rich reflections.
Mondon’s workshop could be found at the rue Faubourg Saint-Antoine, he also worked for the cabinetmaker and merchant Pierre Migeon. After his death his son, Francois Antoine Mondon, carried on the workshop. Mondon’s work can be found at several museums, such as Chateau de Versailles and the Muse´e des Arts decoratifs of Paris and Lyon.

Very good, wear consistent with age and use – detailed condition report on request