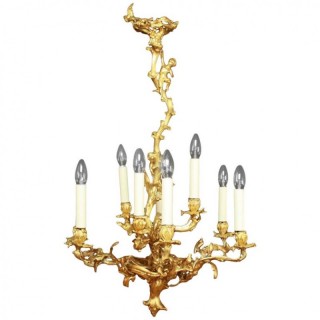 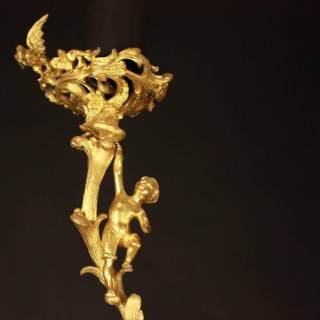 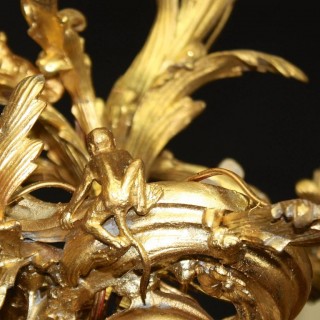 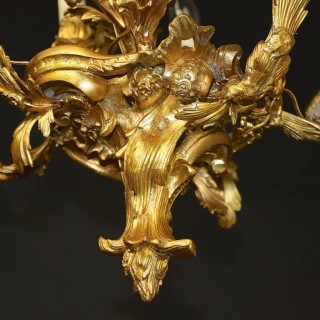 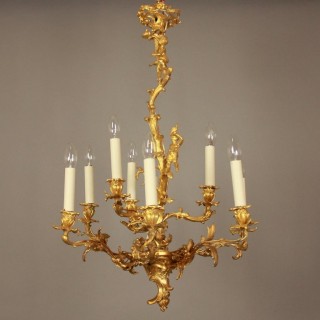 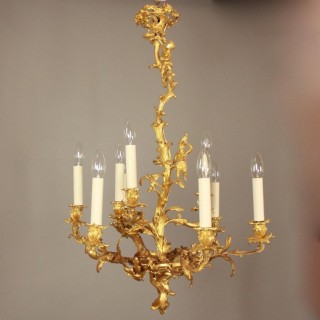 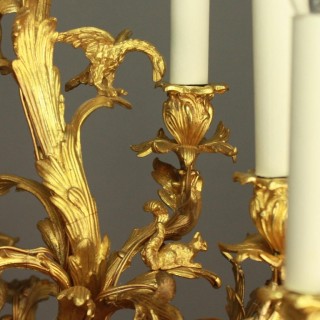 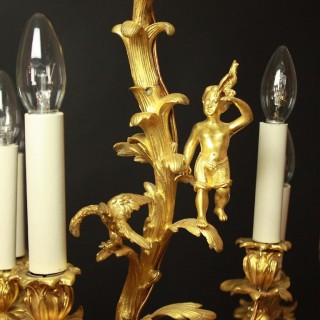 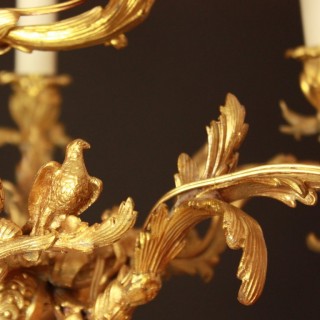 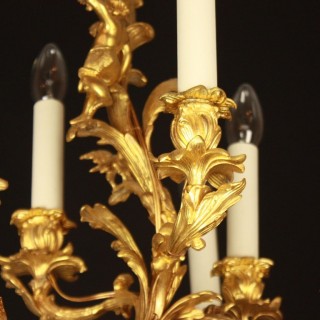 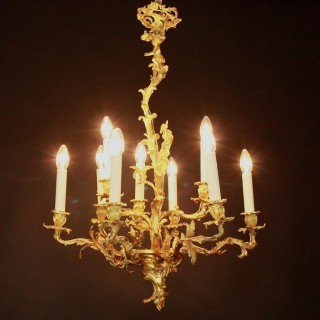 A Louis XV figural gilt-bronze nine-light chandelier depicting the unusual scene of a nest predation. In the rococo period, stealing a bird’s nest was regarded a token of affection. The tale was often represented in 18th century prints and famously depicted in a porcelain figure group by J.J. Kaendler, the most important modeler of the Meissen porcelain manufactory. Here, the chandelier represents the tree with its branches, leaves and the ceiling rose as the bird’s nest. Climbing up the main baluster is an infant boy reaching out to the bird’s nest where a bird sits seemingly defending its haunt. Another infant boy is further down on the ‘tree’ with a bird having landed on his arm. More birds are attached to several branches and even a monkey appears. The whole chandelier is telling the tale of the nest robbery albeit with a humorous touch as is so characteristic for the Rococo period.

The anecdote of stealing the nest was also taken up by Charles Cressent (1685-1768) for the highly sculptural mounts of a wooden chest of drawers which is presently exhibited at the Rothschild collection in Waddesdon Manor.