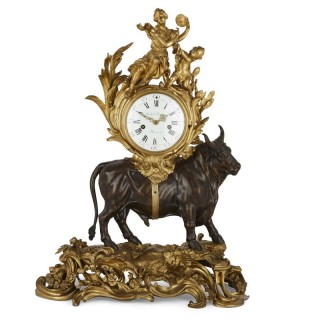 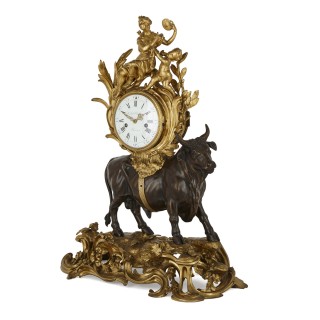 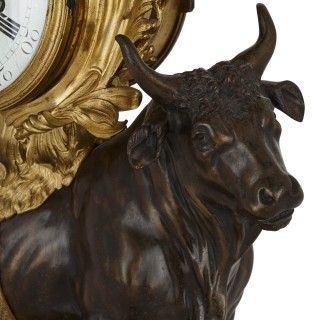 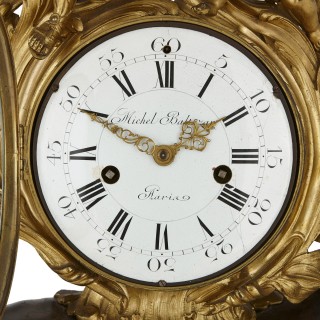 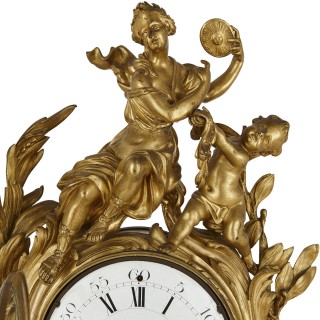 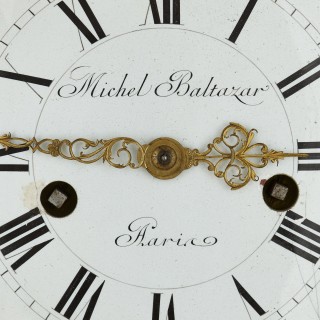 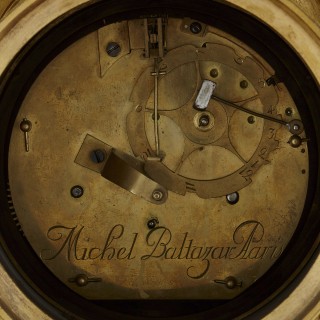 This mantel clock beautifully illustrates the classical myth of ‘The Abduction of Europa’. In this story, the god Zeus falls in love with a mortal woman called Europa. To seduce her, Zeus transforms himself into a white bull. Europa then mounts the bull and Zeus whisks her away from her home to Crete. Europa becomes the Queen of Crete and bears Zeus several children.

The clock takes the form of a patinated bronze bull which is saddled with a gilt bronze (ormolu) clock case. This case features a circular white enamel dial with black Roman and Arabic Numerals, as well as the maker’s name ‘Michel Baltazar/ Paris’. This name also appears on the clock’s movement. The clock’s case is decorated with stylised foliage and topped by gilt bronze sculptures of a putto and a young woman holding a sun-burst medallion.

The bull stands on a wide gilt bronze base, which is composed of elaborate C and S-scrolls, entwined with flowers and foliage.