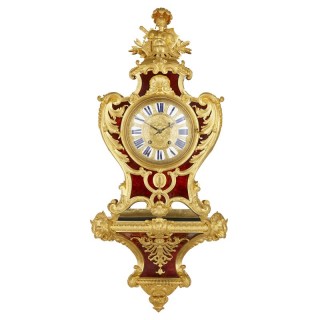 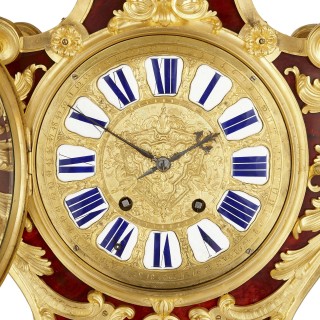 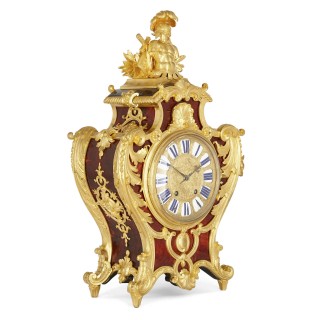 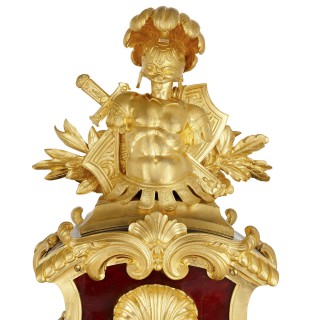 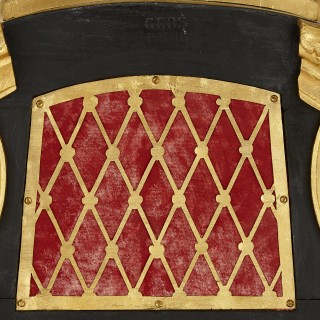 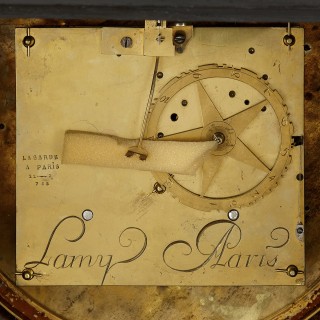 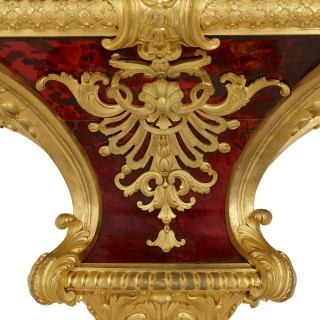 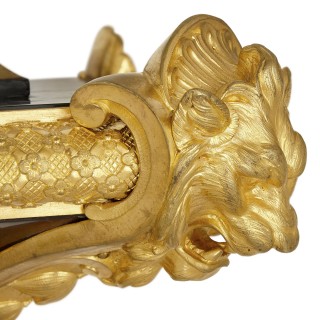 This remarkable bracket clock is by Jean-Louis-Benjamin Gros, one of the leading furniture makers active in Paris during the reign of Napoleon III. The clock is comprised of two parts: the clock case itself and its supporting bracket.

The clock case is wrought in the distinctive Rococo Revival style from tortoiseshell and gilt bronze, the case shaped in a manner typical to Rococo originals. The gilt bronze mounts are superbly formed, being intricately cast and finished in an ornate floral manner. The case is surmounted by a classicising finial comprised of a torso adorned with armour. The dial, of tooled gilt bronze, is inset with individual enamel cartouches, one for each hour.

The bracket is similarly decorated, formed from tortoiseshell and gilt bronze. The bronze is signed ‘Gros / Paris’, while the clock movement is signed ‘Lany a Paris’ and Lagarde / a Paris.’