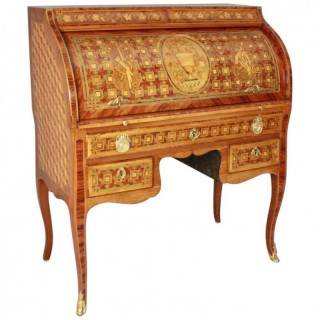 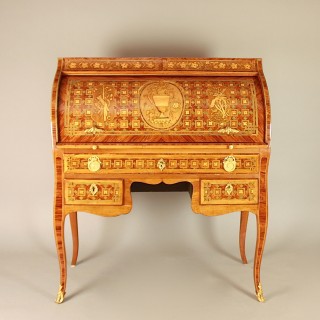 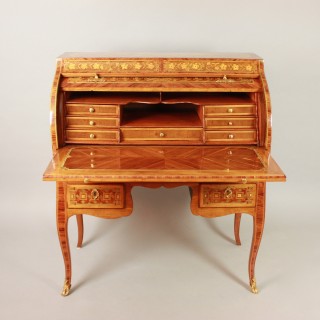 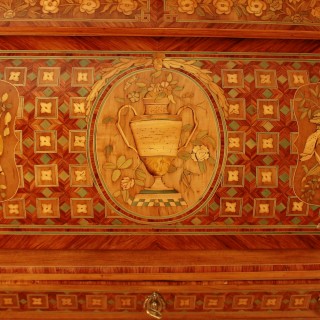 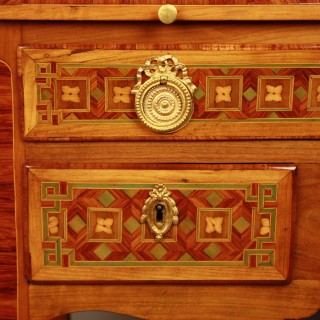 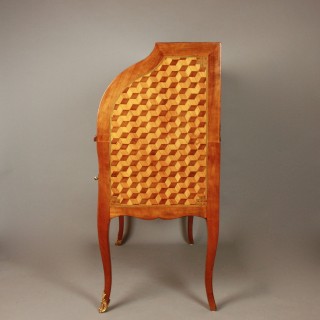 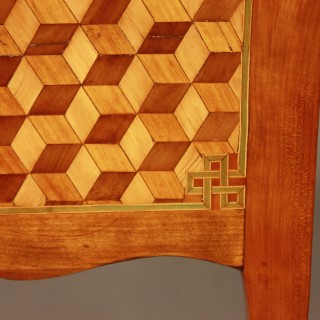 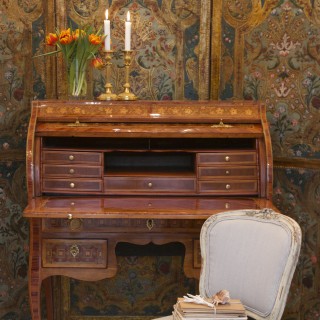 An exceptional marquetry secrétaire in the form of a bureau with a cylinder front and on a Stand with four cabriole legs. In the upper part is a sliding shelf which, when pulled out, raises the cylinder front and discloses a cabinet of seven drawers and a shelf. This desk typically contains a number of drawers and compartments that could be secured by a lock, thus rendering it suitable for storing personal effects and, especially, private correspondence.
The whole surface is decorated inside and outside in marquetry comprising tulipwood, harewood, boxwood, dyed wood and other woods. The front displaying a „marqueterie à la Reine“ intersected with a central oval medallion depicting a classical vase motif flanked by two cartouches with hunting trophies on the roll top. The sides are decorated with a cube parquetry. The origin of this work is thought to be located in Eastern France based on design features such as the form of the apron together with the geometric parquetry, the use of medallions and corner banding. Close in style are the ebenists Jean Demoulin (1715-1798) of Dijon, as well as Jean-Henri Kisling of Lyon (listed in the archves of 1778, 1779 and 1790)

Very good. Wear consistent with age and use.