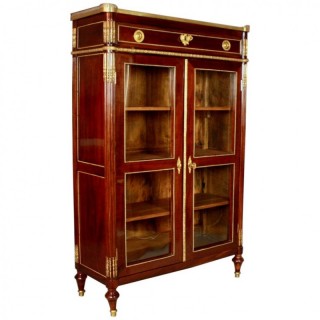 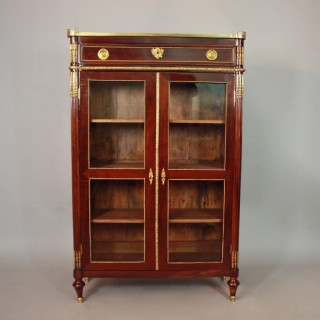 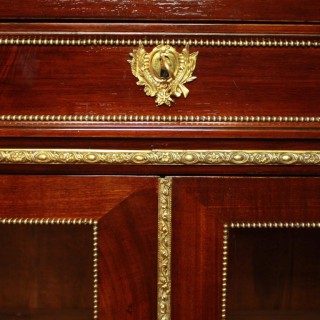 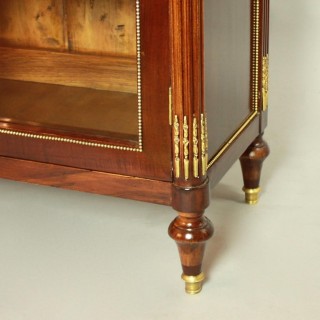 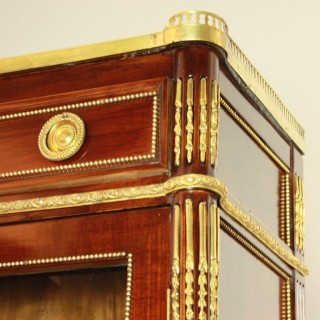 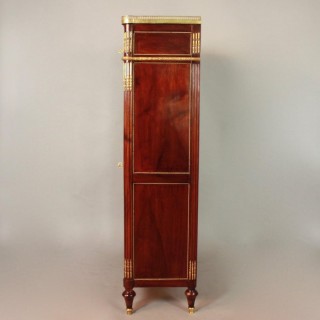 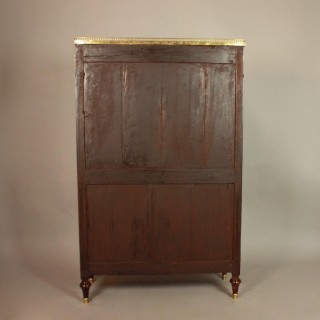 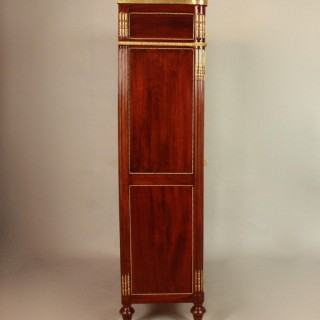 This form of rectilinear two door vitrine with a drawer in the frieze was favoured by many Parisian cabinet-makers in the 1780s. The combination of carefully chosen mahogany veneers and very fine gilt-brass mounts was an emerging fashion in the 1780s and prefigured the same combination that became very widespread in the early 19th century, in the Empire period. The work of Etienne Avril (1748-1791, maitre 1774) is well known for this style and similar in design, proportion and decoration to our bibliotheque. The rigorous and clean lines of his furniture were usually accentuated by gilt-bronze mouldings, he did not use marquetry to a great extent, preferring the rich effects of wood, which he selected with a very refined taste. Avril acquired a respectable position and received commissions to make furniture for the Queen at the château de Saint Cloud.

in the manner of etienne avril