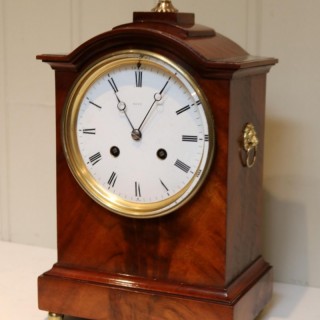 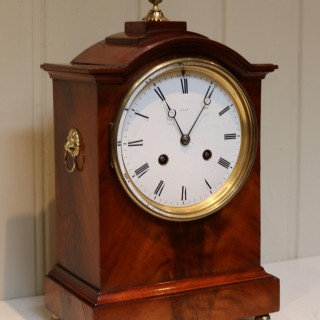 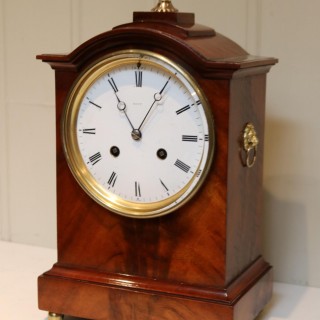 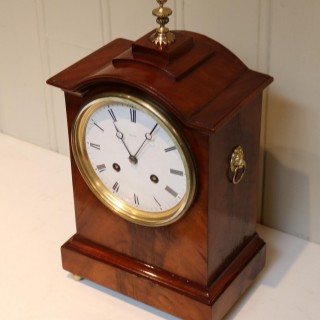 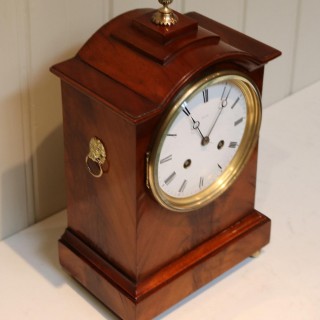 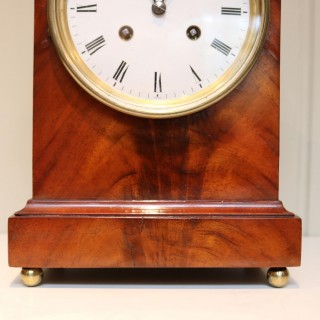 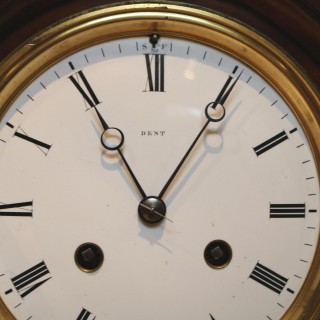 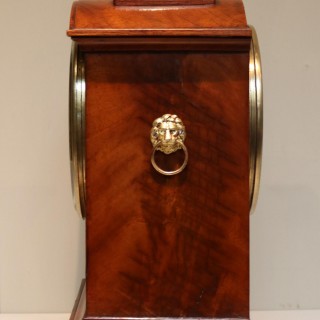 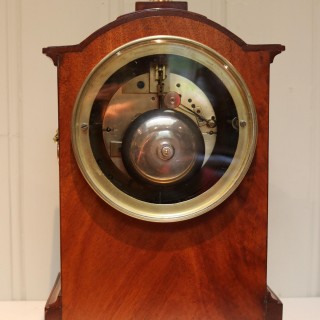 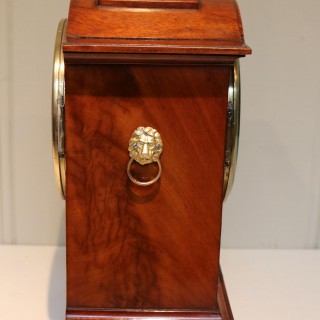 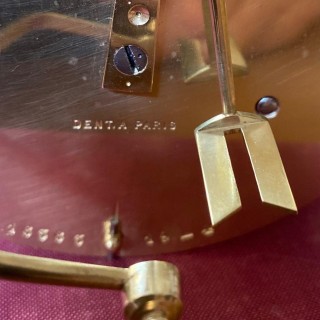 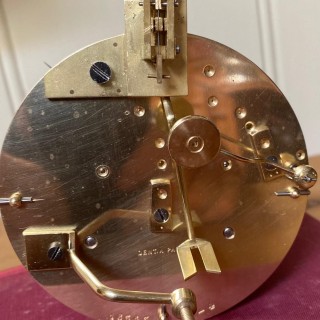 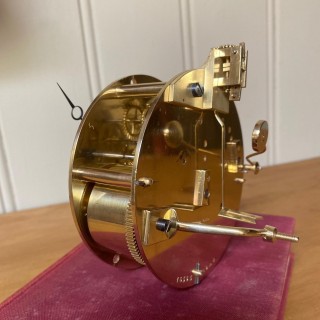 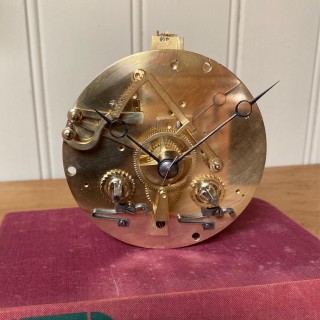 A very good quality figured mahogany mantel clock dating to the mid 19th Century, made by Dent ,the makers of The Big Ben clock. It has a break arch to with a cast brass central finial, brass lion side handles and a stepped base, with brass ball feet. The 5 inch diameter enamel dial has slender Roman numerals and is signed Dent. The high quality 8 day bell striking movement sounds the hours and halves and is signed Dent, Paris and is numbered 16565. the movement has a bevel edge glazed back.

Dent was apprenticed to Edward Gaudin in 1807 and may also have learned something of the clock maker’s trade from his cousin Richard Rippon. During the period 1815–29 Dent established a reputation as a builder of accurate chronometers. His fine work eventually brought business from the Admiralty and the Royal Greenwich Observatory. Beginning in 1826, Dent submitted chronometers to the observatory’s annual timekeeping contests, finally winning the 1829 First Premium Award of £300. From 1830 until 1840 he was the partner of John Roger Arnold in the manufacture of chronometers, clocks, and watches, and by 1847 he was the proprietor of three shops in London. Dent won the esteem of Sir George Airy, the astronomer royal, who supported him as the maker of a large clock for the tower of the new Royal Exchange. Dent established a workshop in the Strand to produce this excellent timepiece, which was installed in 1844.

In 1852 Dent won the commission to make the great clock—now called Big Ben—for the Houses of Parliament at Westminster, but he died before completing the project. Upon the death of Rippon, Dent had married his widow, whose sons Frederick and Richard took Dent’s name and succeeded to his business. Frederick Rippon Dent’s company finally installed Big Ben in 1859.

The case is in good condition, the movement has been fully serviced and is guaranteed for 12 months. If you would like a video clip of this clock working please email us. The clock comes with keys and an instruction video.