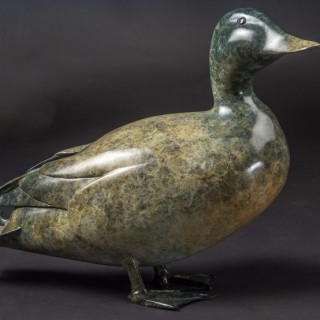 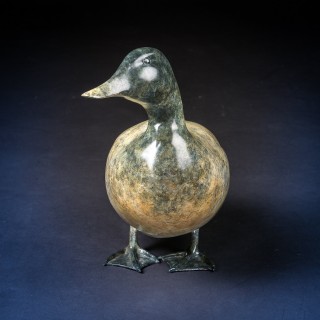 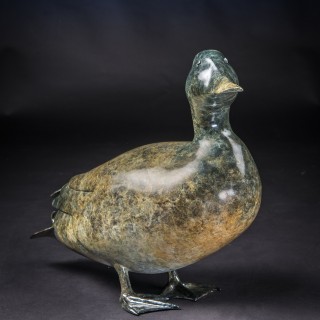 Callaghan Fine Paintings has commissioned a series of life size bronze birds from Richard Smith. His works include British birds such as the elusive Snipe sitting atop a fence post and the beautiful Little Blue penguin, a native of New Zealand. His works are all studied from life whilst either out in the field or in a museum with taxidermy. With incredible attention to detail Richard has breathed fresh air into this medium.

Richard J. Smith was born in Luton, Bedfordshire, UK in 1955. He studied illustration at Luton School of Art to a high standard and graduated with a diploma in Technical & Scientific Illustration. He was soon offered a job as a medical artist at the John Radcliffe teaching hospital in Oxford. In 1978 he was painting for galleries as a full time artist with his depictions of wildlife. He has gained an international reputation for his work and is best known for his superb paintings of fish and water. He has exhibited at prestigious galleries such as the Tryon Gallery and W. H. Patersons in London, The Sportsman’s Edge Gallery in New York, The Call of Africa in Fort Lauderdale, Florida and the Everard Reed Gallery in Johannesburg, South Africa. Richard has exhibited his paintings at the Leigh Yawkey Woodson Museum in the USA and the Natural History Museum and Tring Museum in Britain. He has sold at all the major auctions houses in London, such as Christie’s, Sotheby’s, Bonhams and Phillips. In the latter part of 2007, Richard was commissioned to produce several fish paintings, for the Sultan of Oman. 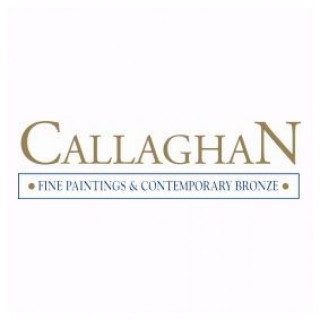