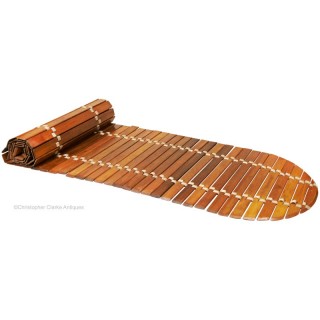 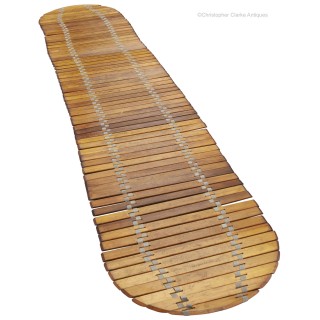 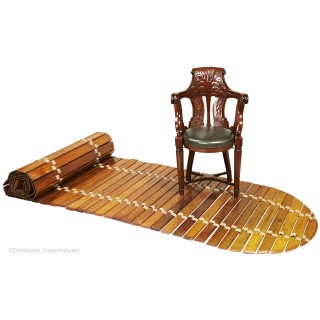 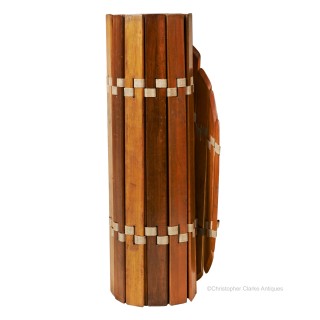 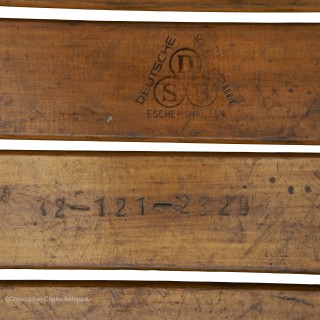 A run of slatted beech Decking.

The slats are chamfered to the short edges on one side and fitted to each other by a pair of interwoven straps to each side to roll up for storage. Its likely that it was made for marine use and probably for use on an inflatable boat. Today it would provide a good walkway to a garden marquee etc.

The decking is marked with the makers’ details of Deutsche Schlauchbootfabrik Eschershausen and the reference numbers 12-121-23. The company Deutsche Schlauchboot was founded in 1931 by Hans Scheibert in Berlin as pioneers in the supply of inflatable boats to the merchant navy. After the war, its production sites were in the Soviet occupation zone, so in 1951 Scheibert re-established it in Eschershausen, Saxony. In 1961 DSB’s premises burnt down and consequently Continental AG bought a majority stake, fully taking the company over 20 years later. The company is now owned by Survitec. Mid 20th Century.

Good. Split to one slat repaired.