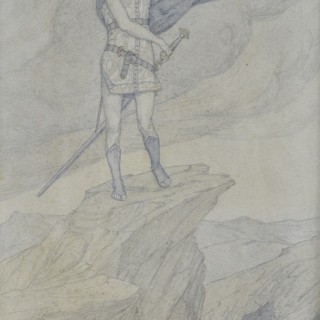 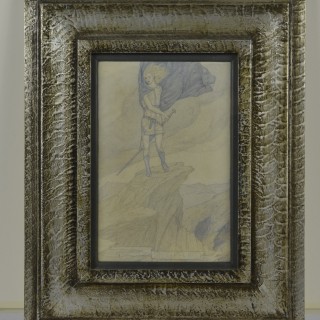 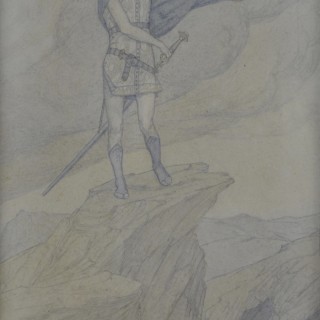 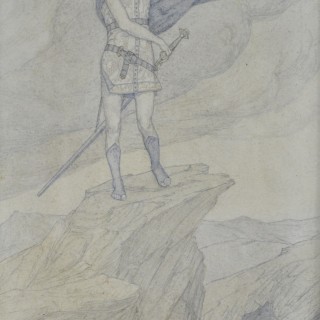 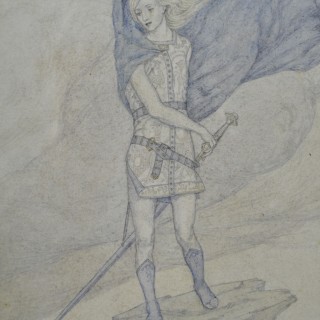 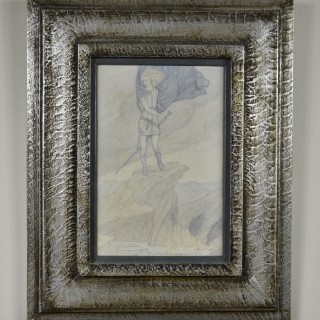 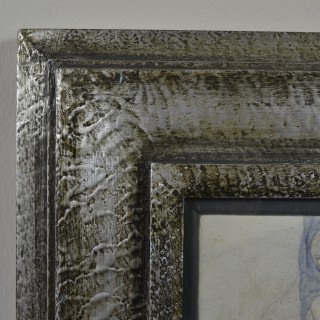 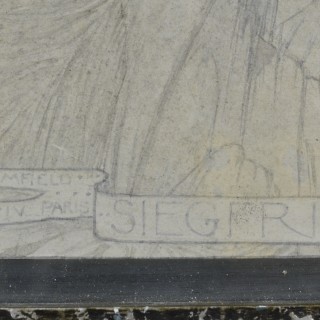 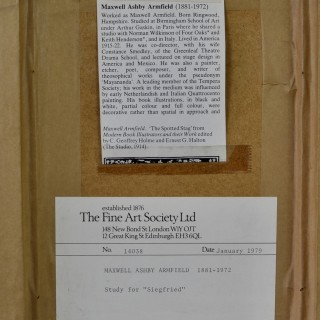 Armfield was not only a painter but a prolific illustrator and versatile decorative artist, while being deeply involved in theatre, music, teaching and journalism and writing some twenty books, including poetry, accounts of his foreign travels and such textbooks as the much-acclaimed Manual of Tempera Painting (1930). He was also a tireless researcher in occult religions and passionately interested in the formal and philosophical basis of art. He is represented in the collection of the British Museum and many provincial and overseas galleries.

The present work is a preparatory drawing for the artist’s 1905 tempera painting of the same subject.