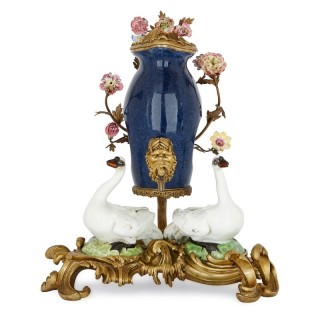 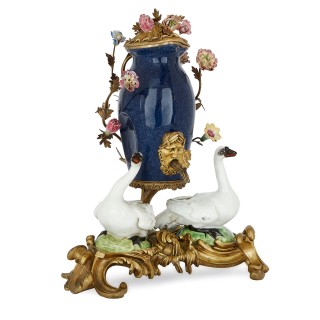 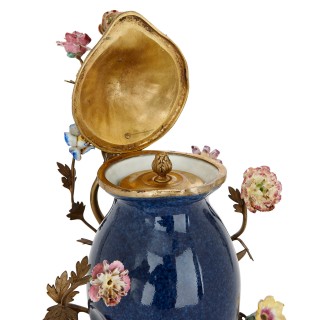 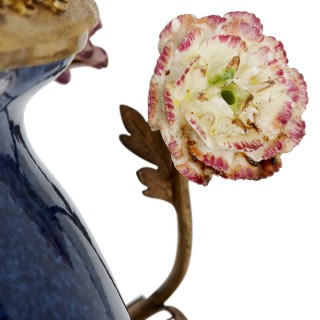 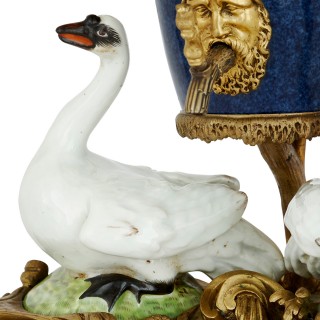 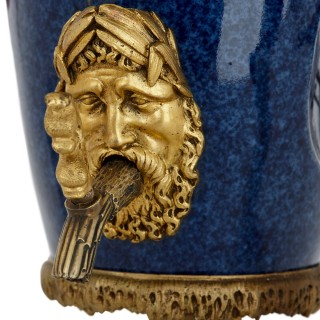 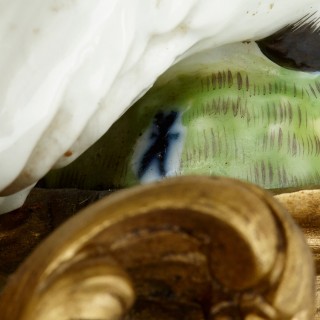 This colourful porcelain table fountain, fashioned in the German Meissen style, was crafted in the 19th Century by the French porcelain company Samson et Cie.

The table fountain comprises of a central porcelain vase that is raised up in the air by a gilt bronze stand, which springs from two scrolling feet. A pair of porcelain swans, sitting on mounds of grass, nest on the swirling gilt bronze foliage that form the legs of the piece. The swans have heavy eyelashes, and their black beaks are open slightly, revealing bright red mouths. They appear lively and full of character.

Rising up above the swans is the central vase form, which is painted a speckled deep blue colour. This is fitted, near its base, with a tap, which takes the form of a classical, bearded male figure, possibly Poseidon. The vessel is lidded by a clam shell, which opens up to reveal a gilt bronze cover with a water lily bud at its centre. Flowers, painted yellow, pink, orange and blue, grow and open up in the space around the vase.

This light-hearted, water-themed and brightly coloured piece exemplifies the high quality of porcelain production in the 19th Century, and will be sure to liven up an interior.