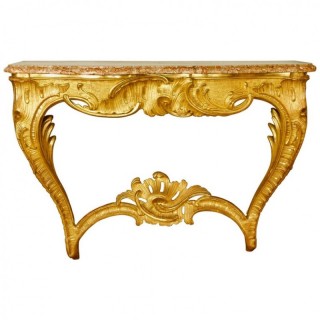 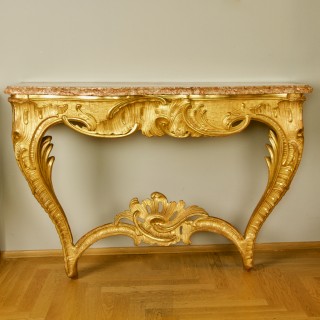 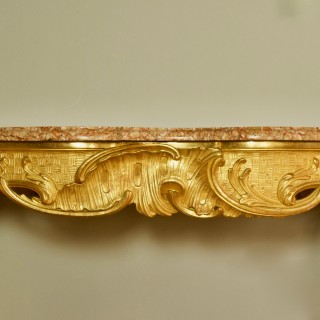 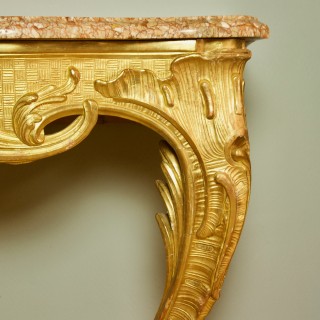 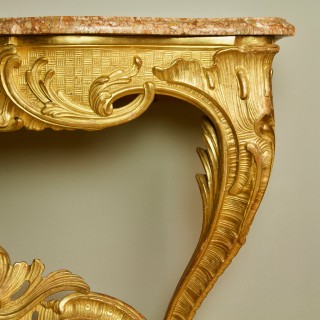 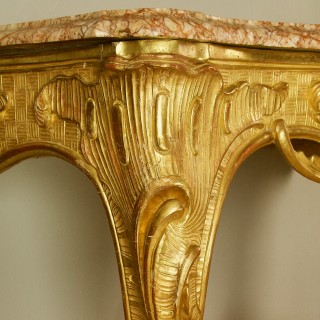 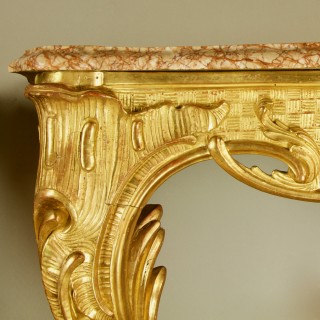 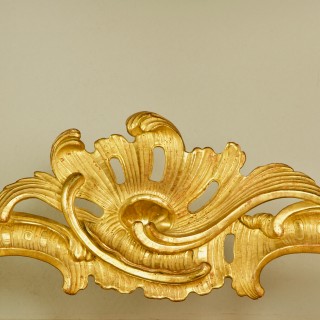 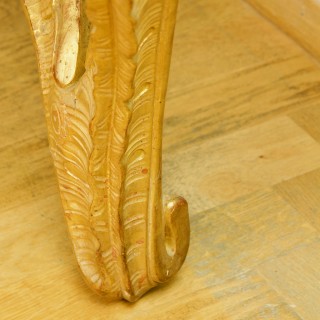 Large, impressive French Régence or early Louis XV console table of finely carved and gilded wood with the original yellow and red marble top of serpentine outline. Raised on two cabriole legs with stylised shell work and foliage, which are connected at the bottom by an arched stretcher with a large central pierced rocaille ornament the console ends in a finely carved frieze of serpentine outline with shell work and foliage on a carved woven-like chequered pattern. When affixed to the wall, the table is tight and free of wobble. The whole with beautiful elaborate water gilding of polished and matte quality.

The design of the console table is inspired by models of the famous sculptor and ornament designer Bernard Toro (1672-1731), who mainly worked for a Provence clientel and, in his designs, combined French Regence and Italian Baroque style elements as well as those of designer Nicolas Pineau (1684-1754), who worked for the Russian Tsar Peter the Great at the Peterhof in St. Petersburg and, after having returned to Paris 1727, associated himself with the French king’s architect Jean-Baptiste Leroux who afforded him free rein in designing interiors.