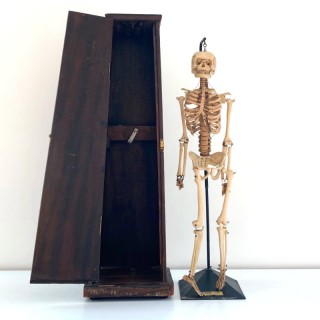 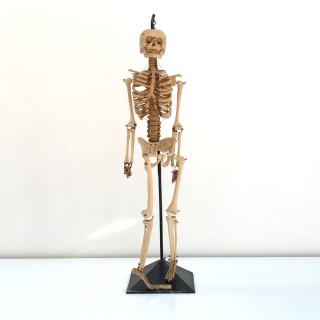 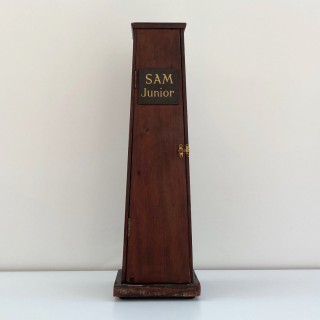 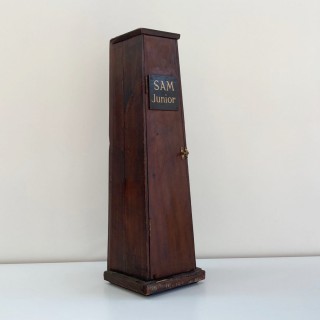 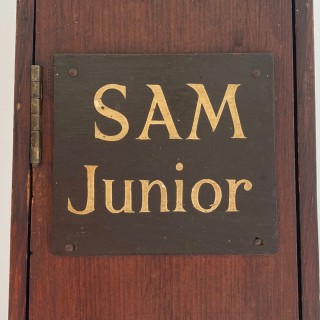 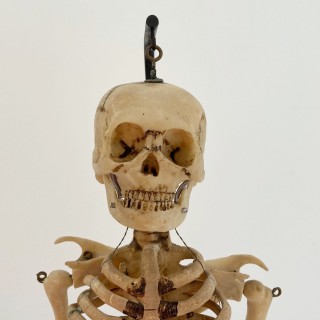 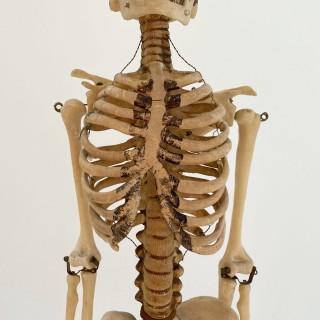 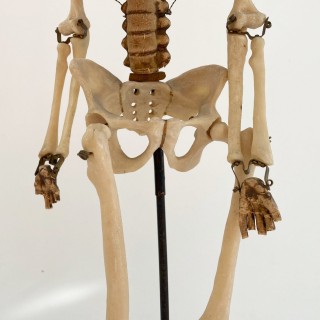 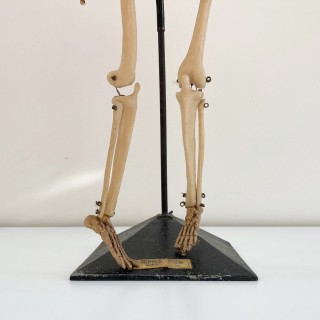 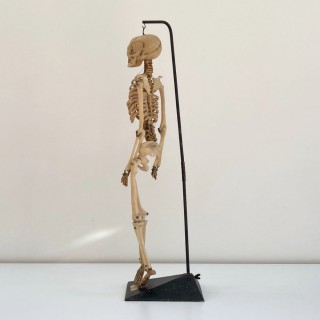 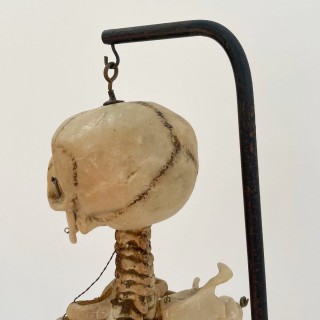 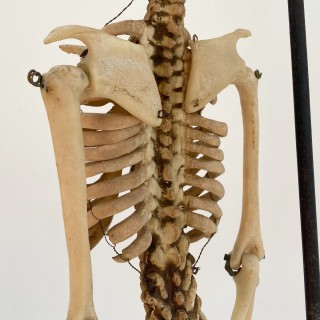 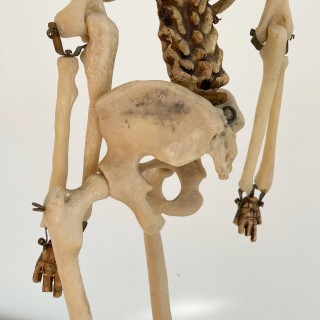 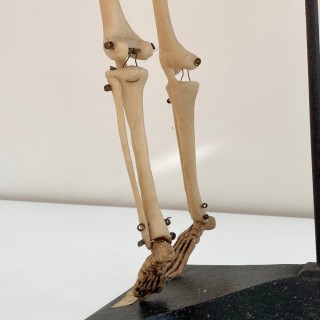 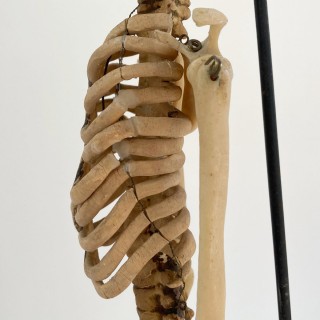 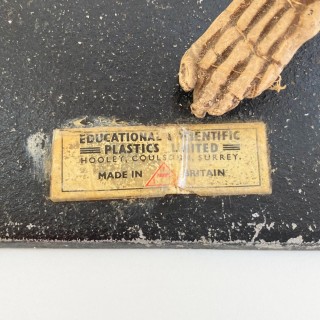 Manufactured entirely from plastic and rubber (the ribs), this skeleton presents an anatomically correct and articulated human skeleton which would have been used by schools or medical schools during the middle part of the century.

The skeleton which is suspended on a hook at the top of the skull, measures just sixty six centimetres in height and hangs from a metal stand with weighted base when removed from its case. The stained pine fitted case has a hinged door to the front and a name plaque to the front stating the model name of “Sam Junior”.

Evidently from their catalogues, all of their models were given the name of Sam, It further states:

In the following year the now well known 26 inch high miniature skeleton was developed at the request of leading educational authorities for a small size skeleton as a gross anatomy model.”

Prior to World War II, the only skeletons used for teaching were largely sourced from the Middle East and given the complexities and ethics involved in that process, The Educational and Scientific Plastics Company quickly became a leading provider of various anatomical models for teaching establishments during the latter half of the Century. Their catalogue also states that they were early providers of the “Breath of Life” resuscitation training models following the adoption of that technique in the early Sixties.

As stated, the company was formed in 1949 and seems to have flourished for next twenty years. I suspect the rise of cheaper and more varied competition was the main reason for their failure and it closed during the mid-Eighties. The company were based in Surrey throughout and most of their later catalogues state an address in Redhill Surrey. This model which retains its company label to the base is from the earliest era of the company when it was based at 71 Brighton Road, Hooley, Coulsdon, Surrey.

Evidently this is the model which is referenced by the company as its “26 inch high miniature skeleton”, and it has survived in surprisingly good condition. There are a couple of almost unnoticeable losses around the rib cage where a couple of the ends of the rubber ribs have come away (they have been retained and will be included with the sale) but it remains a near complete and historically interesting skeleton which proved a ground-breaking advance at the time, its introduction allowed much easier and more copious supply to Medical schools and also greatly assisted the teaching of anatomy in schools without the need for complex and ethical debate.