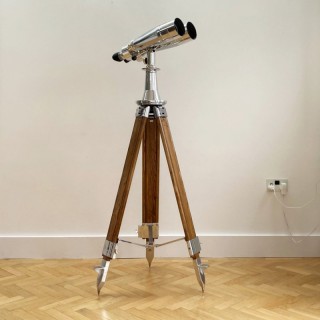 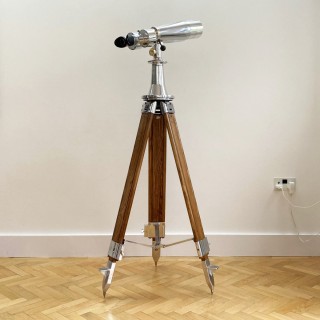 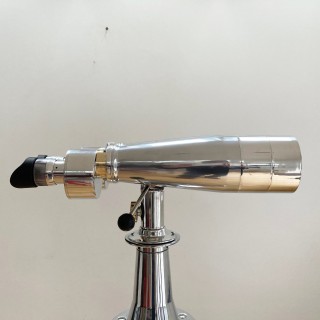 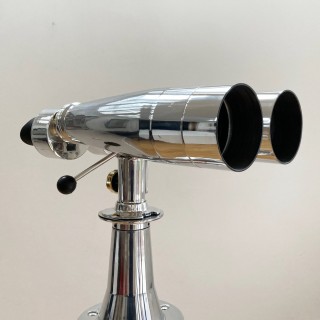 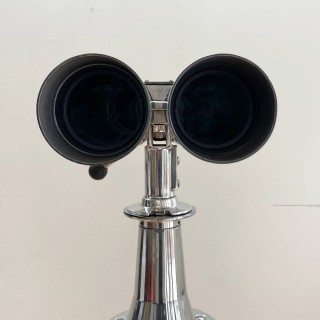 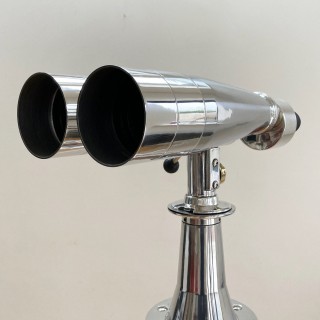 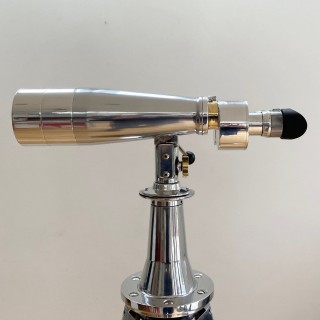 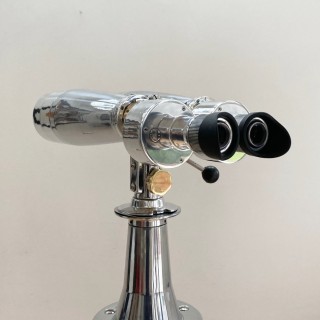 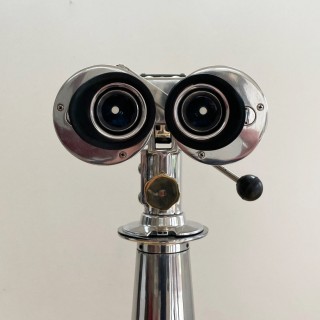 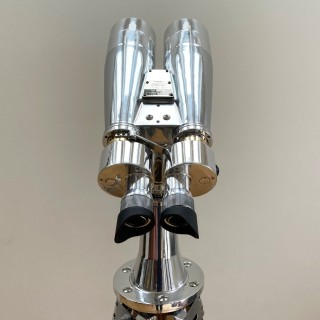 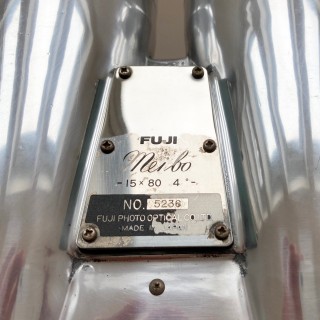 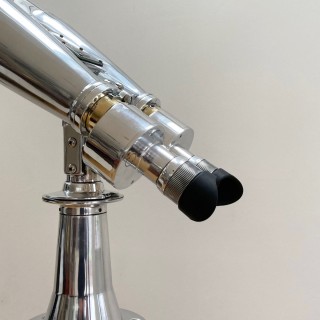 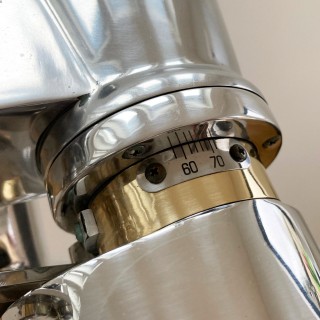 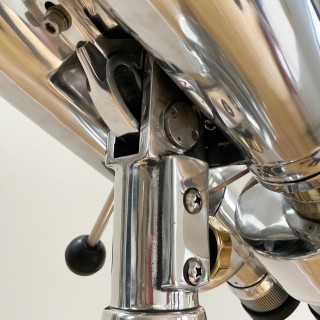 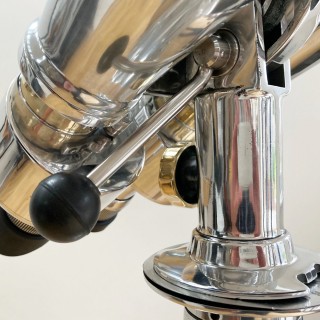 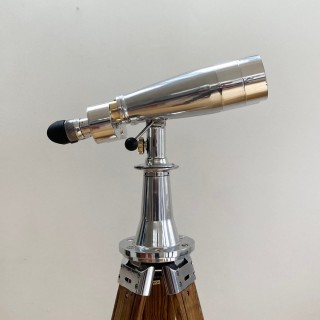 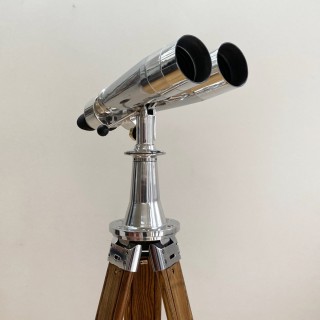 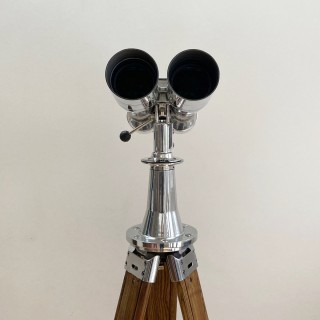 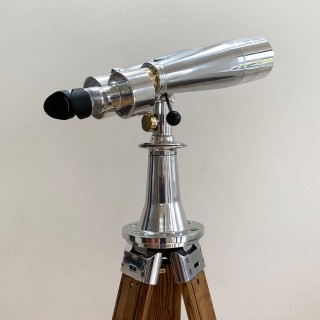 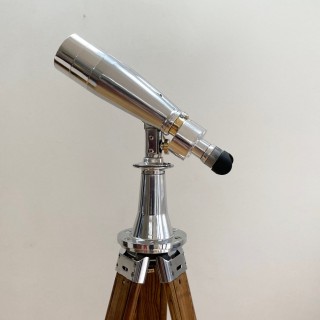 The barrels are fitted with hand adjustable eyepieces to provide a comfortable fit for the observer’s eyes and focus is achieved by a focus ring which surrounds the lens. The original rubber eye cups also remain with this example allowing additional comfort for the observer.

The full length of the binoculars are 48cms with a barrel width of 22.5cms and the top of the barrel retains its original maker’s plate stating, “ Fuji Meibo 15 x 80 with serial number 5236 and Fuji Photo Optical Co Ltd – Made in Japan” below.

The binoculars are mounted on their original stand capable of a 360 degrees range and vertical adjustment with locking arm to maintain position for observation. Whilst aboard ship, these binoculars would have been mounted on large aluminium posts which would be bolted to a ships deck so the stand has been provided to allow for more comfortable and portable use in the domestic environment.

The Fuji Company remains a large and well recognised brand across the world but was originally established in 1934 as a result of a plan by the Japanese Government to establish a domestic photographic film manufacturing base. This first Company was named Fuji Photo Film Company and ten years later during World War II, the Fuji Photo Optical Company was added to the Group, presumably to provide optical instruments for the war effort in Japan.

The initial binocular model produced by the company in 1947 was the Meibo 6×25 with the 15×80 model appearing in the 1950’s to serve as a commercial grade instrument for marine use. The 15 x 80 standing for 15 times magnification fitted with 80mm objective lenses producing a 70 metre field of view at 1000 metres.

References to the Fuji Corporation’s history during the latter part of the Twentieth Century are largely dedicated to the development of camera optics and camera film production in competition with their US competitor Eastman-Kodak (later just Kodak) but they continue to produce fine commercial and domestic optical instruments to this day.

The Fuji Meibo series remains one of the most sought after models for large scale marine use binoculars not only for their rugged design and Porro prism technology but also for their superb design. They are without doubt the most beautifully designed examples produced to this day.

These are presented in full working order.