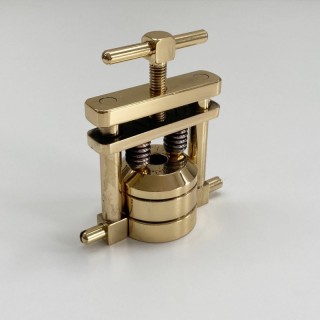 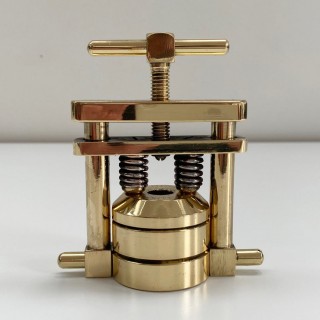 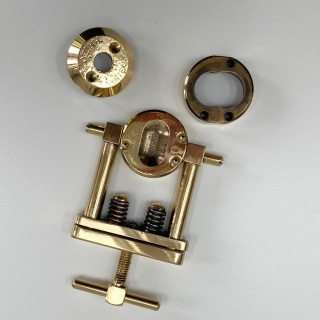 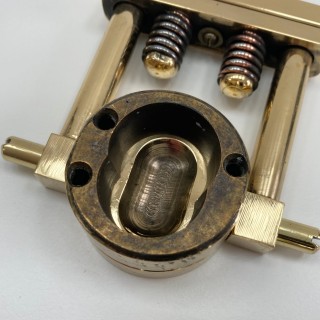 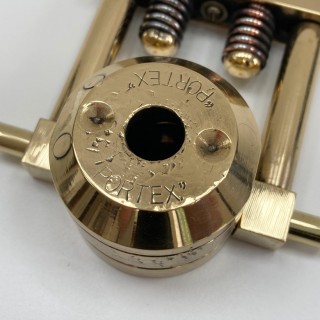 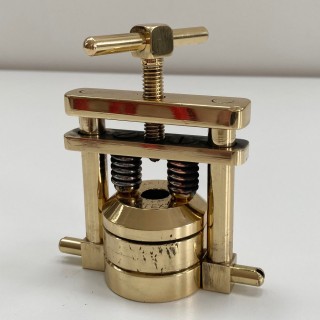 Comprised of a three part stacking press which has a hinged column either side to allow for a screw mechanism at the top to be secured and then pressure exerted by pushing two sprung columns on to the mould. A simple yet ingenious instrument.

I am unsure for what exact feature this particular mould was used for but a very similar example is retained in the collection of The College of Optometrists for use in glass eye production. It is stamped “Portex” on the top of the mould denoting the company of Portland Plastics Limited. The company began in 1940 and was acquired in 1957 by Smiths Medical. The brand name was changed to Portex in the 1960’s and continues to provide medical equipment to this day as part of Smith Medical.