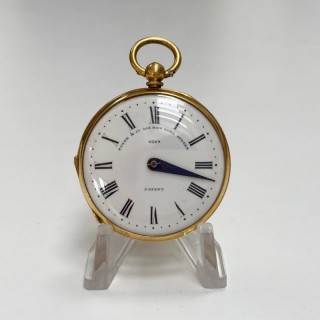 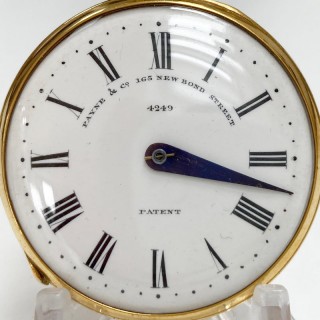 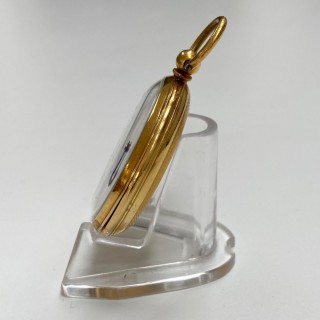 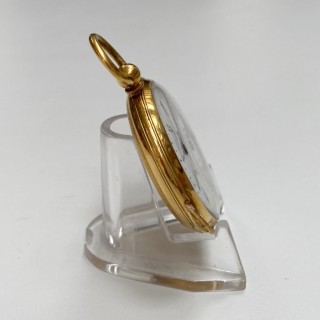 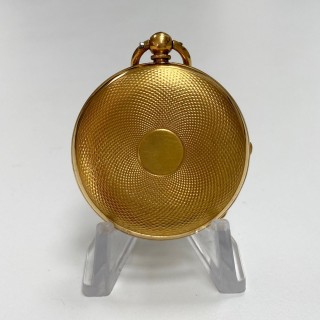 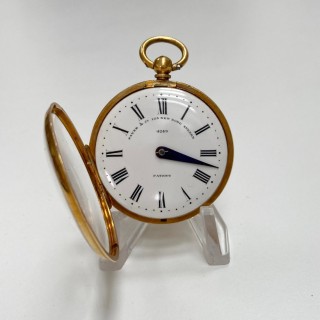 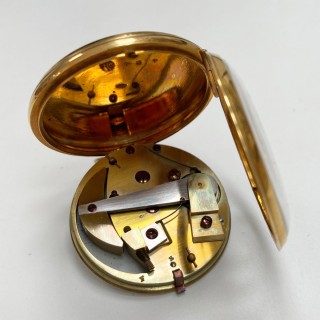 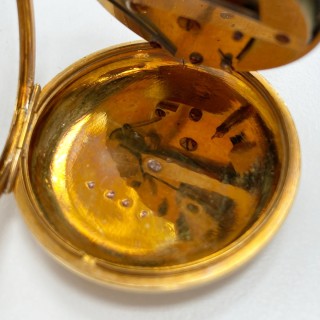 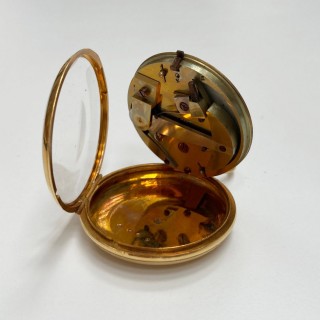 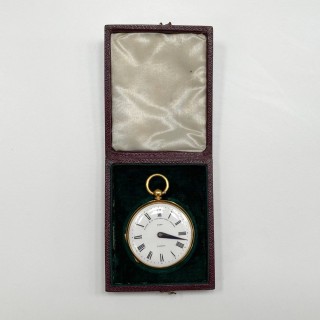 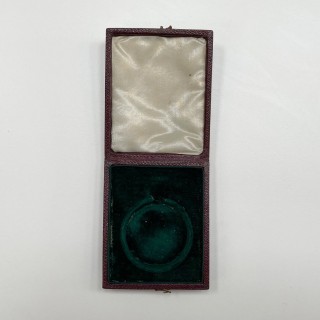 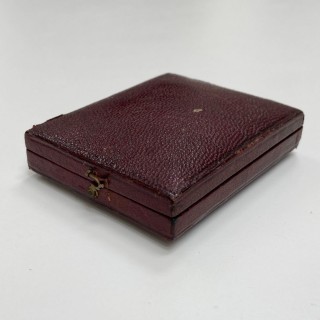 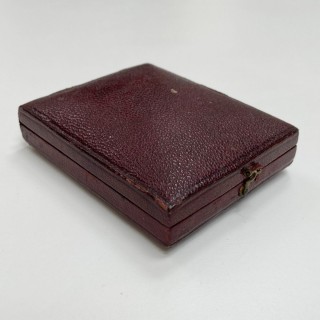 This fascinating early pedometer is comprised of a one an a half inch ceramic dial with Roman numerals and single blue steel pointer. It is marked to Payne & Co, 165 New Bond Street with serial 4249, to the upper section and the word Patent below.

The delicate case has a fine bezel with watch glass to the front and superb rose engine turned detail to the reverse. It has a suspension loop to the top to allow it to be attached to a watch chain. The bezel is opened by a nail clasp to the top right of the hanging loop and the movement accessed by depressing a catch at the base.

The inside of the case is marked with the same serial as is provided on the dial and the case maker’s initials “AT”.

The maker of this fine instrument were the clockmakers William Payne & Co who began trading in 1811 at 62 South Moulton Street in London. By 1825, Payne had moved to 163 Bond Street from where on the 15th of February 1831 he lodged his patent, “Pedometer for the waistcoat pocket” (No: 6078). The invention was evidently well accepted as it continued to be produced until at least the 1870’s

William Payne & Co took part in The Great Exhibtion of 1851 where the company exhibited these instruments. It was patronised by The British Royal Family after this occasion.

Perhaps less rich in function than a Fitbit but far more pleasing to the eye, this is perhaps the finest example I have encountered with all of its gilt finish completely intact and in mint condition. It must have remained in its case throughout its 150 year existence.