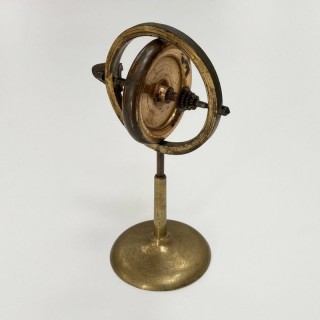 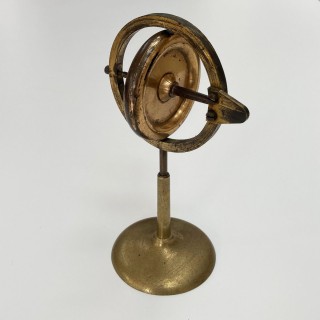 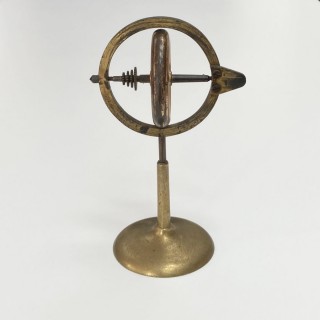 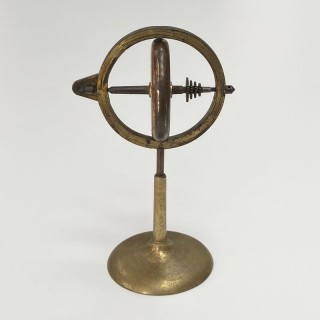 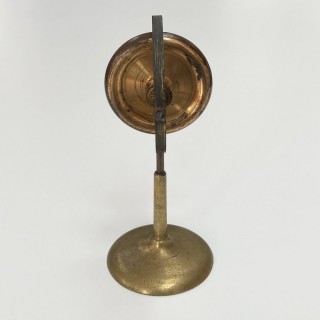 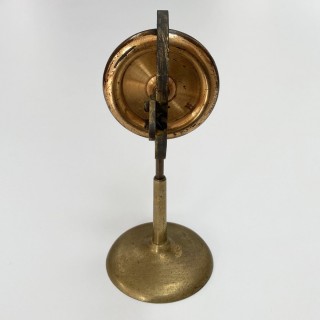 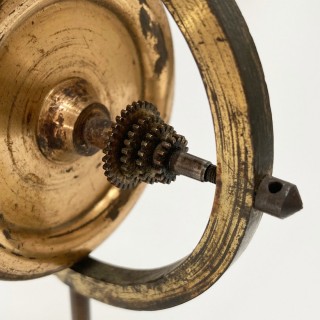 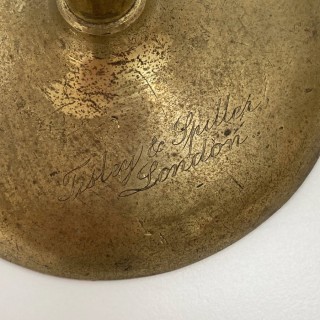 Constructed in a similar manner to a gyroscope but in a single fixed gimbal screwed into a brass base. The brass wheel has a steel shaft running through to connect to the frame but in differentiation, one spindle side has three graduated and toothed wheels to one side.

The other side has a small post graduating from the spindle which allows for a piece of string to be wrapped around and pulled to create the forward force on the wheel.

The brass base is engraved to the Mid Victorian makers, Tisley & Spiller, London.

The device developed from work originally undertaken by Robert Hooke was an acoustic experiment which allowed the creator to produce sound waves of a known frequency and to deduce how pitch relates to frequency. This early experiment was quickly succeeded by the development of the tuning fork and was not reconsidered until the French physicist Felix Savart revisited it in 1830 while undertaking experiments on human hearing.

On this device, the ratchet wheels have a varying number of uniformly spaced teeth. When the wheel is turned slowly while the edge of a card is held against the teeth and a succession of distinct clicks can be heard. When the wheel is spun rapidly it produces a shrill tone, whereas if the wheel is allowed to turn more slowly the tone progressively decreases in pitch. Since the frequency of the tone is directly proportional to the rate at which the teeth strike the card, a Savart wheel can be calibrated to provide an absolute measure of pitch. The presence of multiple wheels of different sizes, carrying different numbers of teeth allows several pitches to be produced while the axle is being turned at a constant rate.

The makers of this interesting demonstration instrument, Tisley & Spiller are not often listed amongst the instrument makers of the late Victorian period who capitalised on the growing need for school laboratory equipment but their work is of the highest quality. Formed in the early 1870’s as Tisley & Spiller, the firm later changed to just SC Tisley and given his later appearances in The Royal Society’s literature, was probably the scientific mind behind the venture. Their short trading period during the 1870’s and 1880’s is the likely reason for their lack of notoriety but sparse museum examples of their work and Tisley’s involvement with The Royal Society would suggest an interesting subject for additional research.