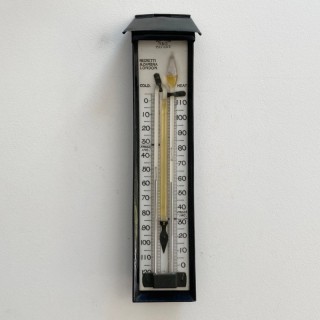 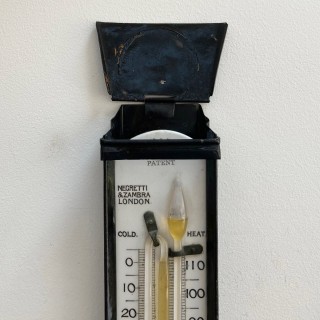 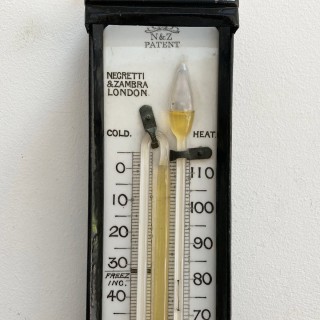 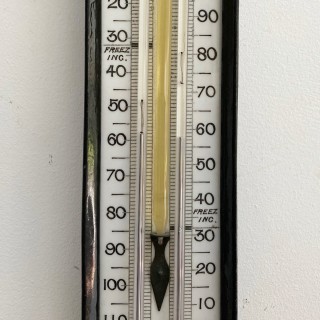 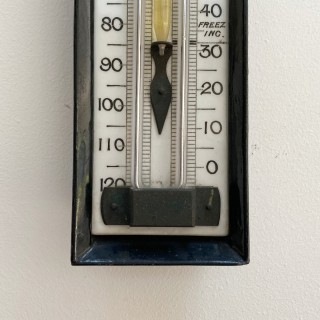 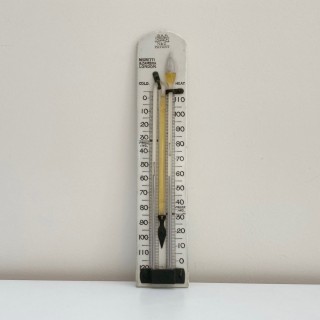 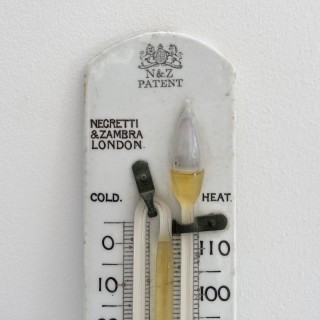 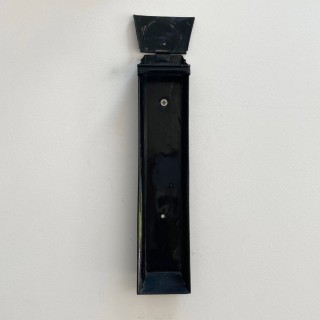 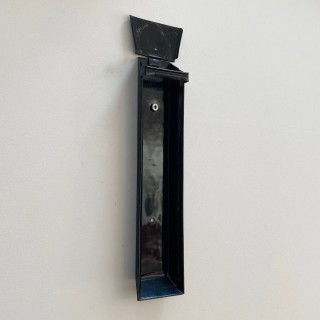 For sale, a Mid-Victorian self registering maximum and minimum thermometer with external housing by Negretti & Zambra.

The thermometer is comprised of a purpose made painted tin case with hinged lid and two central holes to the back for it to be fitted to the wall. The body of the case has an inner slot either side to secure a painted porcelain Fahrenheit scale plate. The minimum theremometer reads from 0 to 120 degrees and the maximum from 0 to 110, both containing a small magnetic pin in order to record the highest or lowest point of the reading at any given point. These can be reset to level by the use of a weak magnet when required.

The early period Negretti scale plate has a domed top and is crested with the Royal Warrant over N&Z Patent (for their porcelain scales) and below left again with Negretti & Zambra, London. The N&Z Patent motif is a good indicator of an early piece from this famous firm.

This pattern was advertised by Negretti & Zambra from the 1860’s and it appears in a slightly different form in their famous “Treatise on Meteorological Instruments”. It reads as follows:

“Six’s Self-Registering Thermometer – The very ingenious and certainly elegant instrument about to be described was invented by James Six, of Colchester. It consists of a long bulb, united to a tube of more than twice its length, bent round each side of it in the form of a syphon, and terminated in a smaller, oval shaped bulb. The lower portion of the syphon is filled with quick silver; the long tube, the other parts of the tube, and part of the small bulb, with highly rectified spirit. A steel index moed in the spirit in each limb of the syphon. The two indices are terminated at the top and bottom with a bead of glass, to enable them to move with the least possible friction, and without causing separation of the spirit, or allowing quick silver to pass easily.”

An early and interesting example of a max min thermometer from Negretti and in fabulous order. They are rarely encountered in such pristine condition.