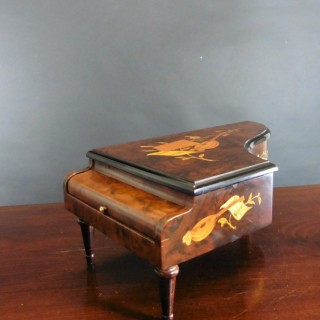 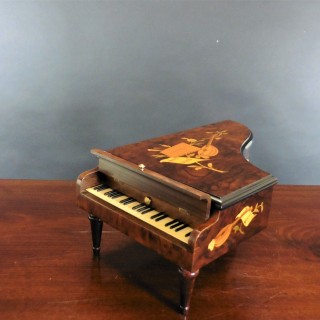 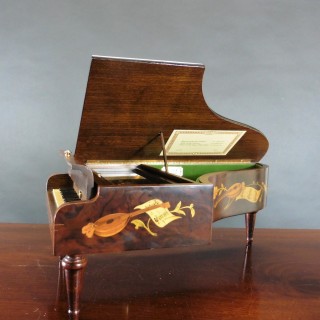 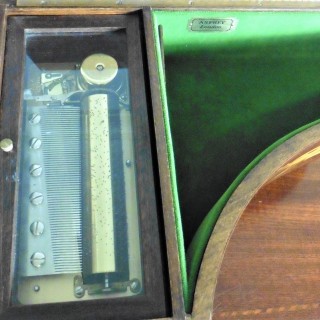 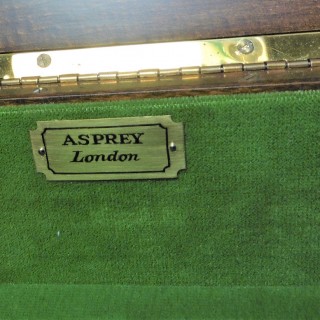 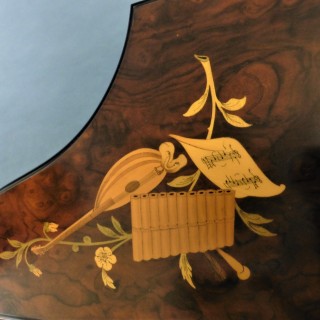 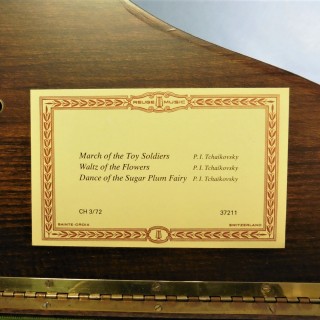 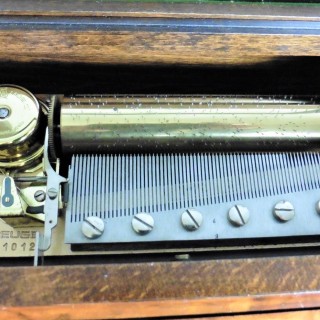 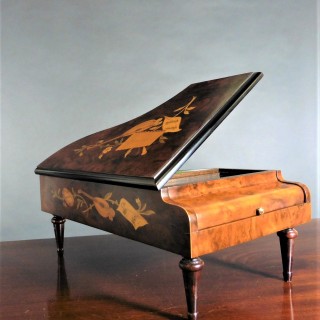 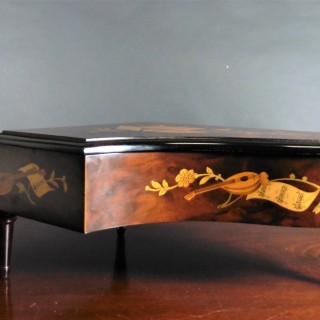 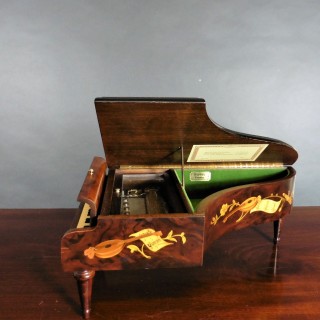 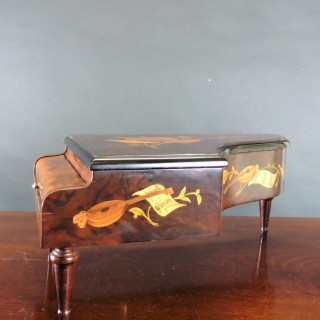 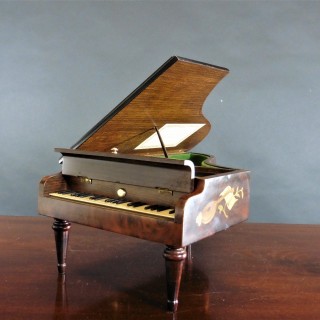 Miniature jewellery and music box in the style of a grand piano in a mahogany and walnut veneered case inlaid with marquetry throughout featuring musical instruments, raised on three turned tapered legs. The front opening to reveal a traditional keyboard with brass button slider. The top opening to reveal a green baize lined jewellery compartment bearing a brass plaque signed ‘Asprey, London’. c.1970

A separate compartment opening within to reveal a Swiss musical movement by Reuge playing three airs by Tchaikovsky:

Reuge are renowned as the leading maker of music automation in the world based in St-Croix in Switzerland the company was founded in 1865. As well as making all types of musical boxes and automation the company are well known for supplying the most exclusive retailers throughout the world.