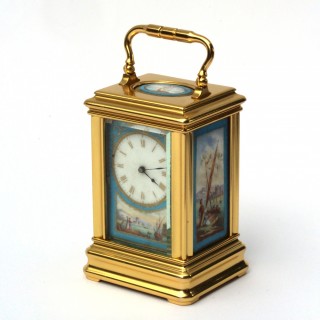 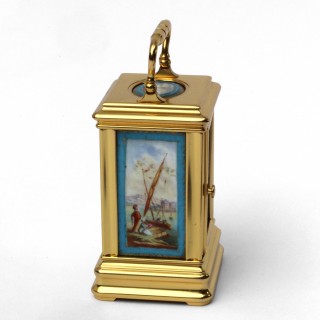 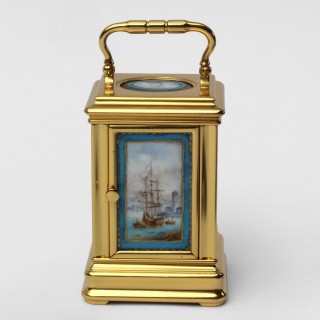 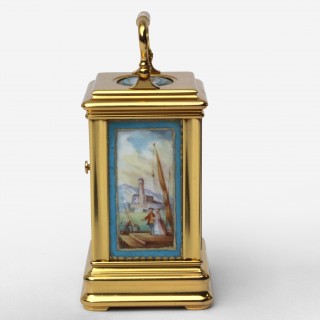 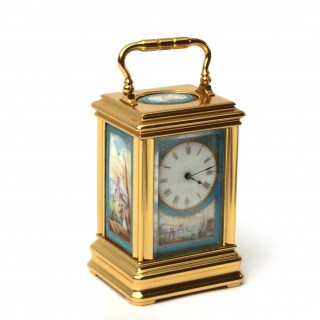 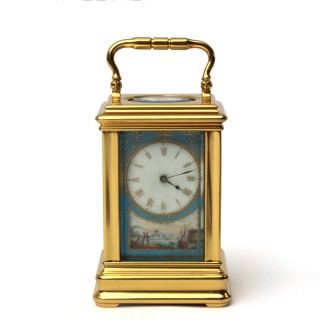 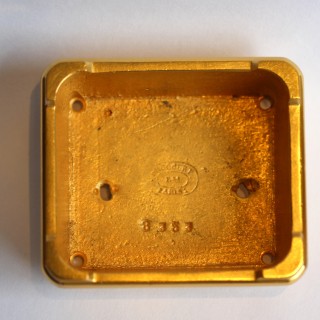 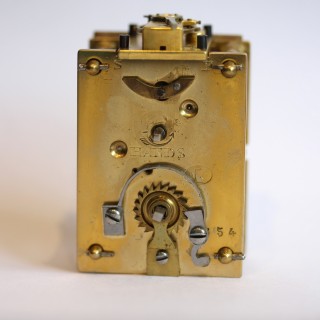 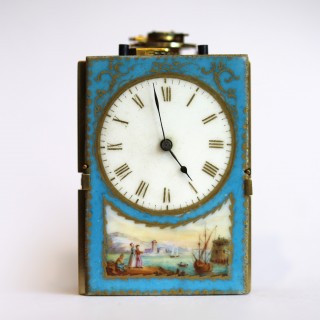 The dial, all sides and top are set with ‘Sevres’ style porcelain panels decorated with harbour scenes on a blue background. The panels have a gold scalloped border and the quality of the painting in miniature is incredible. The Roman dial has gold-painted numerals and extremely fine steel hands. It is protected by a beveled glass. At some stage the back door has suffered a crack which has been invisibly restored.
The clock has an 8 day timepiece movement with a replaced Swiss lever platform escapement. The backplate is stamped with Drocourt’s trademark, a cartouche containing a D and C on either side of a carriage clock, and the movement number. The movement will be overhauled and guaranteed for 3 years.

Pierre & Alfred Drocourt were among the top makers of carriage clocks in the mid to late Victorian period, having a factory at Saint-Nicolas-d’Ailermont in France, and in Paris at Rue Debelleyme 28 and Rue de Limoges. They made superb carriage clocks that were often decorative and were awarded numerous medals at exhibitions, such as the Bronze Medal at Paris 1867, the Silver at Paris 1878 and the gold at Paris in 1889. The son, Alfred Drocourt, succeeded his father Pierre Drocourt sometime in the 1870s.

The serial number of this clock is stamped on the underside of the base, 8353, below another Drocourt trademark. The number suggests a date of manufacture of the 1880s.