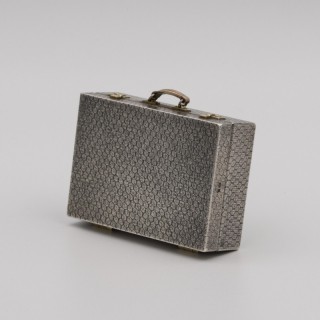 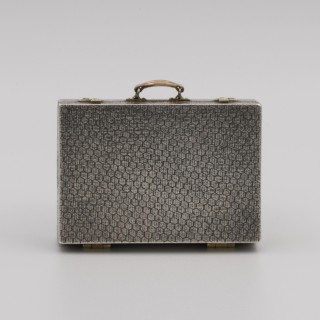 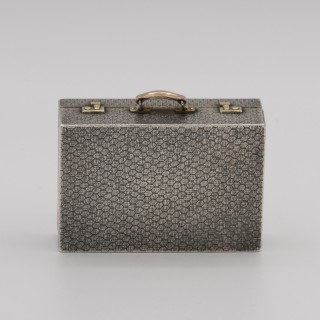 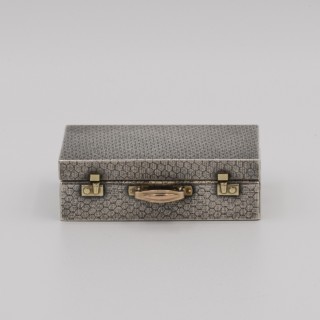 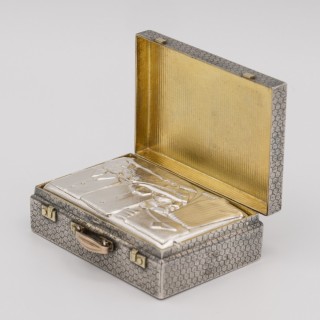 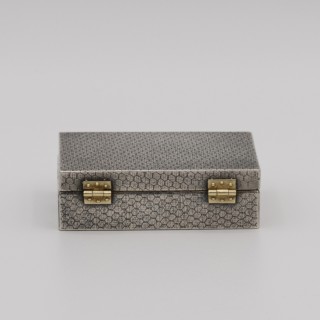 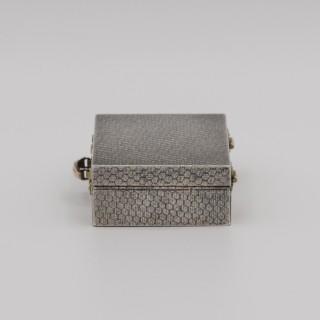 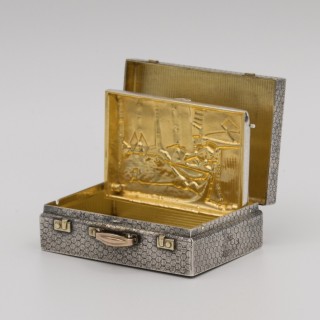 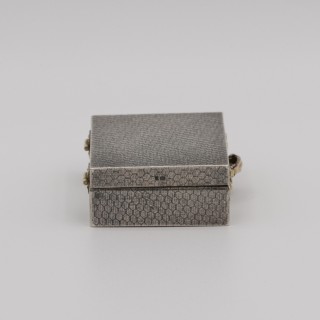 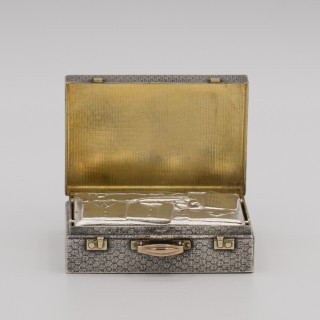 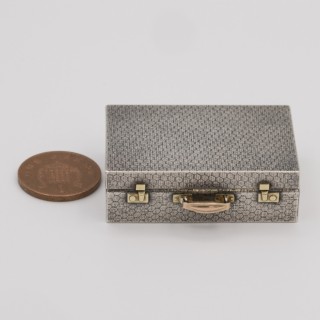 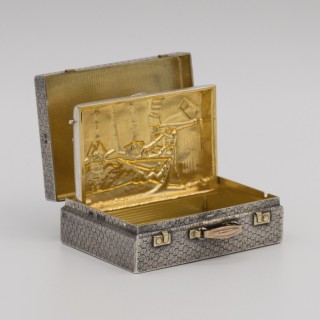 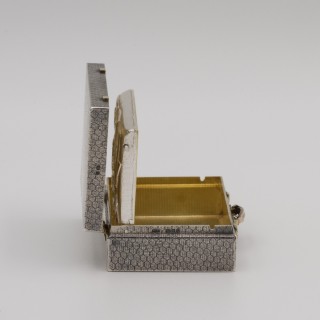 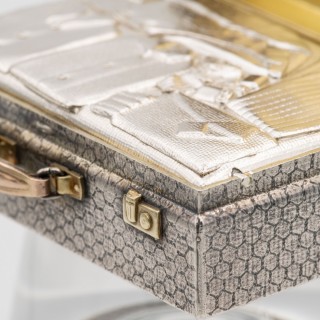 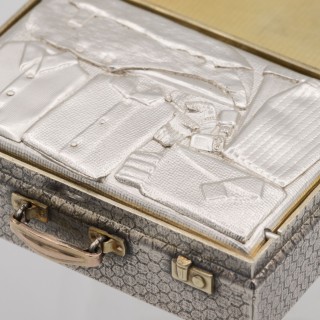 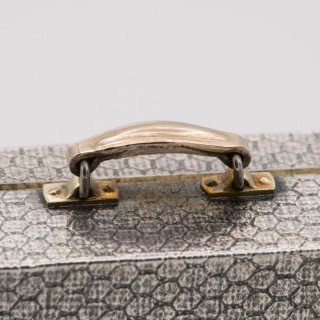 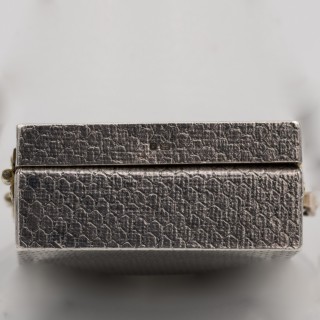 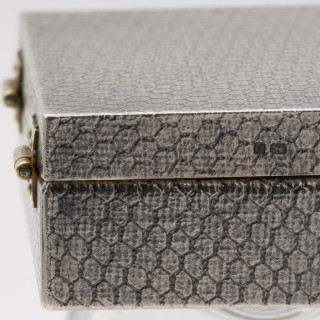 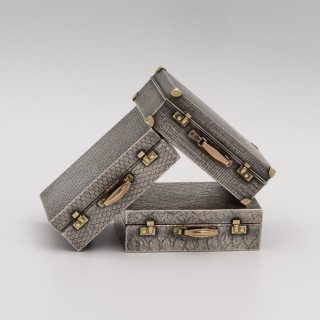 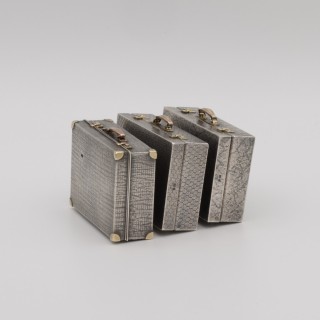 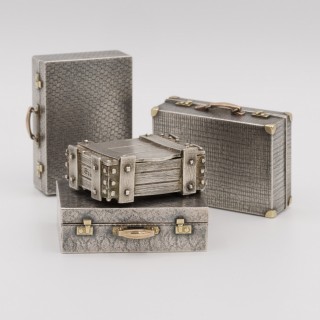 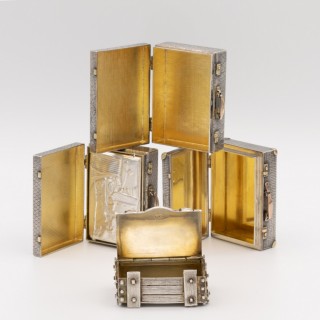 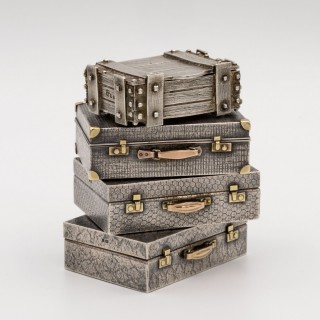 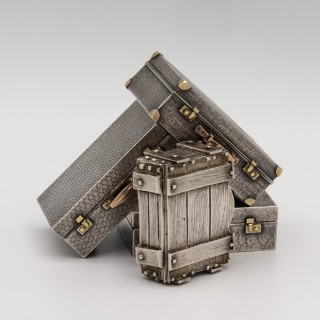 A fantastic miniature suitcase by renowned jeweller and miniaturist Karel Bartosik, hallmarked London 1983. Incredible detail; It has a snakeskin decorative finish to the outside of the case, hinges and mock catches made of yellow gold and a rose gold handle! Internally it is designed to look as if it is filled with clothes but this layer lifts up to reveal the gilded inside of the case.

Karel Bartosik is a renowned and respected jeweller and miniaturist whose works are represented in the silver galleries of the Victoria and Albert Museum, London and private collections. A silver figural lighter and a silver and gold miniature suitcase are exhibited in the Jewellery Rooms 91 to 93 of The William and Judith Bollinger Gallery of the V&A.

Bartosik was born in England but his parents were of Dutch and Czech origin. Between 1946 -1967 he lived in Czechoslavakia and worked initially for a costume jewellery manufacturer. On his return to England he joined the workshop of Andrew Grima in London, where he stayed for several years. Later he became a technician at the Royal College of Art in the Goldsmithing, Silversmithing, Metalwork and Jewellery Department (1991-2007). (Source: V&A Catalogue).