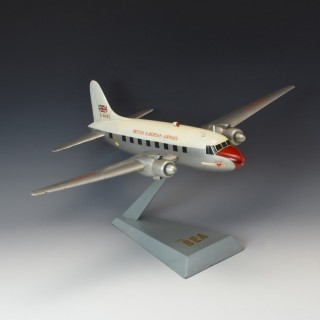 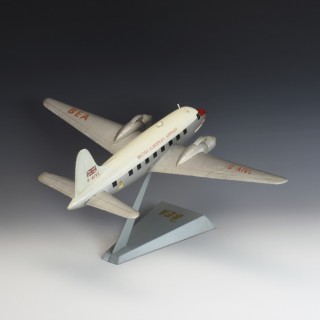 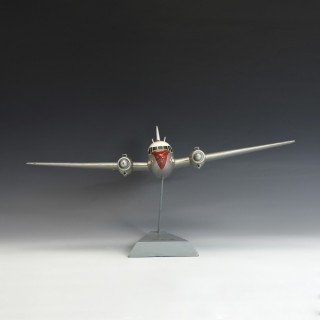 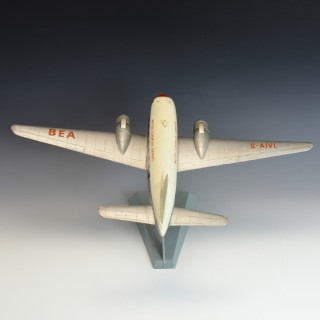 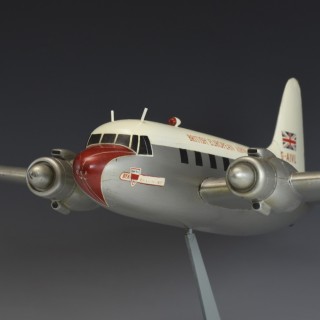 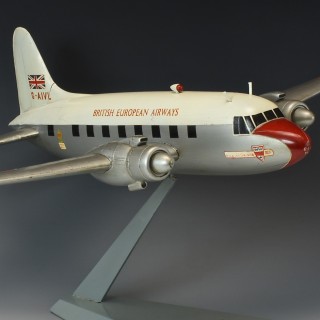 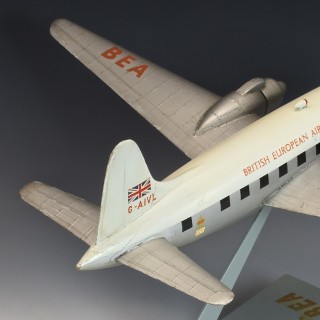 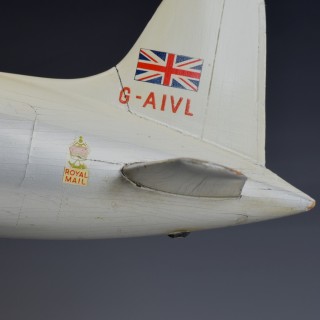 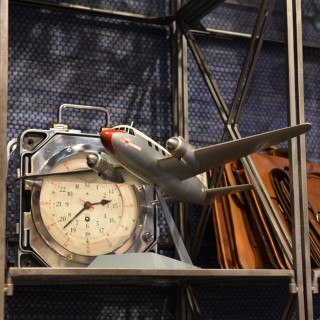 Original hand made wooden model of a Vickers Viking in B.E.A. colours and livery on stand, circa 1950.
The Viking that it is modelled on, G-AIVL, has an interesting background and apparently became quite famous having safely survived a serious incident early on in its history. It’s pilot at this time, Captain Ian Harvey received the George Medal for his gallantry and “extreme coolness” in successfully landing the crippled aircraft.
The Vickers VC.1 Viking was a British twin-engine short-range airliner derived from the Vickers Wellington bomber and built by Vickers-Armstrong Limited at Brooklands near Weybridge in Surrey. In the aftermath of the Second World War, the Viking was an important airliner with British airlines, prior to the development of turboprop aircraft like the Viscount.
British European Airways (BEA) grew out of BOAC and was established on 1 August 1946 to operate airliners within Europe.
From 1946 BEA operated their large fleet of Vikings on many European and UK trunk routes for eight years, until late 1954.