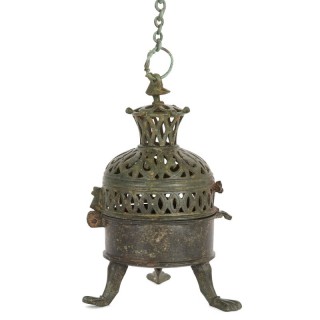 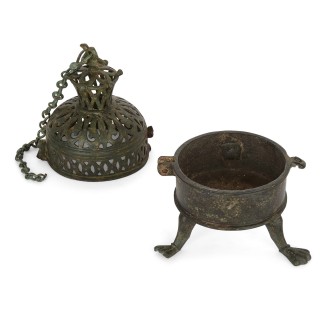 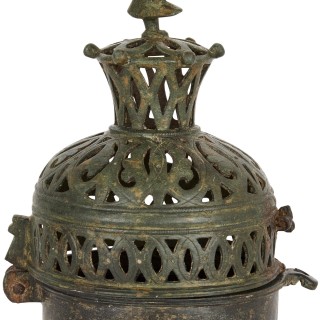 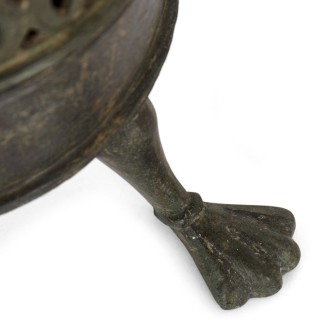 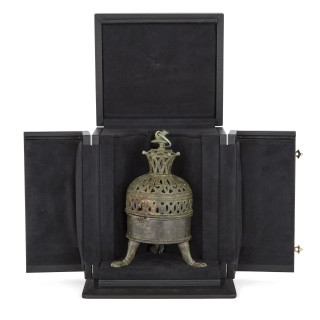 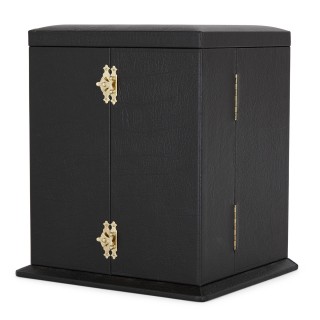 This rare object is a bronze incense burner. The burner was produced in Moorish Spain sometime between the 10th and 12th Century. It is thus a piece of great antiquity, and importance.

The burner is comprised of two parts: a cylindrical base raised on three legs, and a domed lid with a crest finial. The lid is beautifully pierced, with openwork geometrical motifs wrought into its surface. The lid is topped by a small bird finial, which in turn supports a chain.