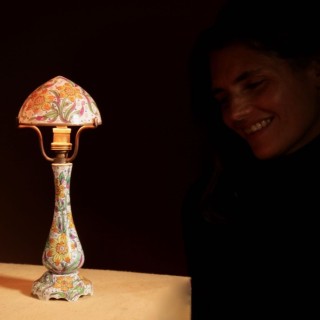 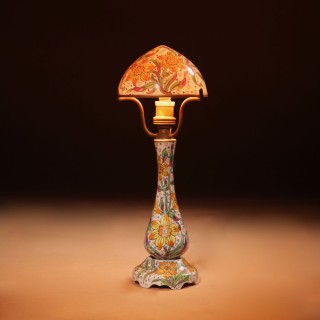 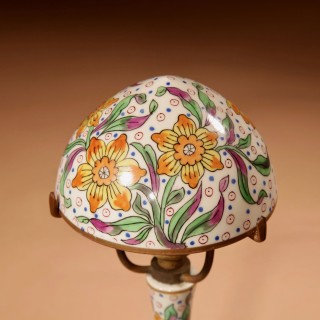 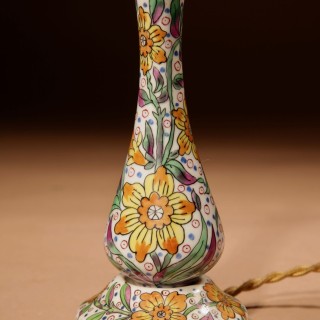 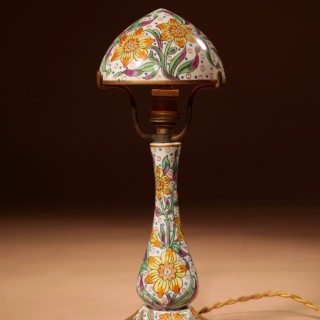 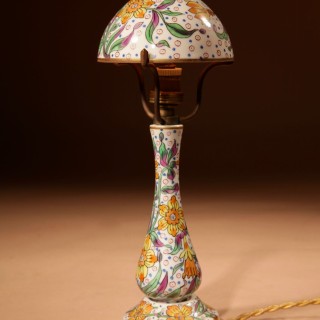 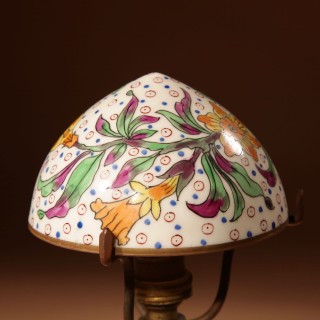 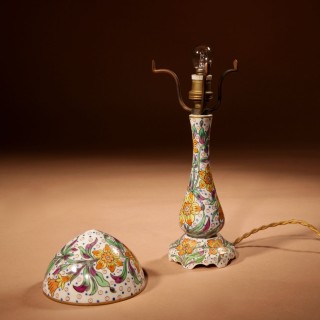 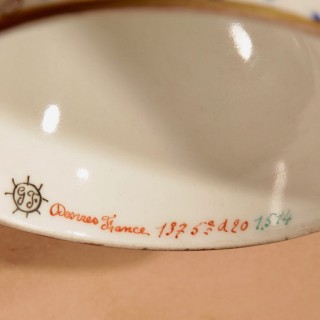 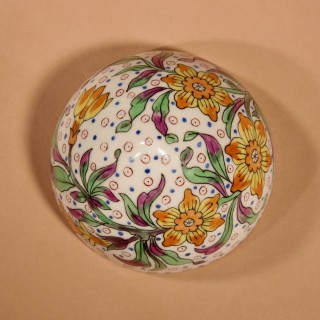 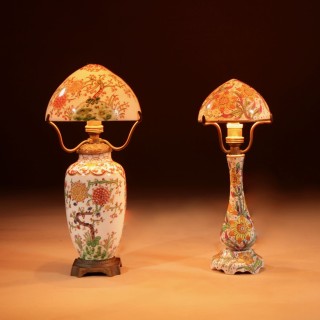 Gabriel Fourmaintraux (1886-1984) was the fourth generations of potters, when he was 16 he started his education on the national school of ceramics in Sèvres, after his education he returned to Desvres to make porcelain.
He was working with his father from 1906, he created decorative porcelain with great success and his porcelain was exported also to South America and Japan.
By the high cost of production of porcelain he stopped in the 1930s and continued with earthenware.
His factory was making a wide range of ceramic including lamps advertising objects vases and tiles.
With Fernand Léger who was a famous painter and potter in Biot in the South of France he had a cooperation together.
Till 1984 he was leading the company and his grandson Oliver continued his work.

Still with the original bronze mounts and bulb holder.
Marked in the inside of the shade G F Desvres France 1375 ed 20 1.514
In very good original used condition, there are no repairs or restorations or missing pieces. 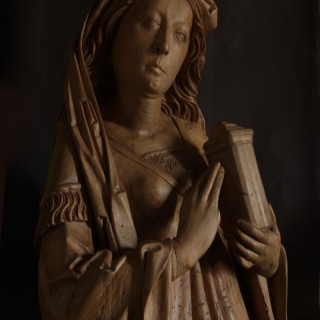