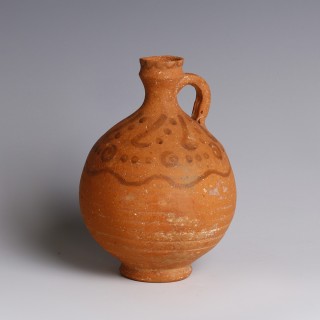 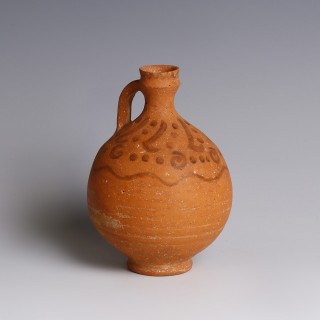 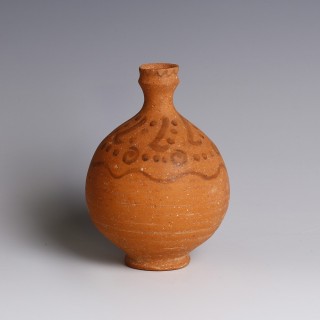 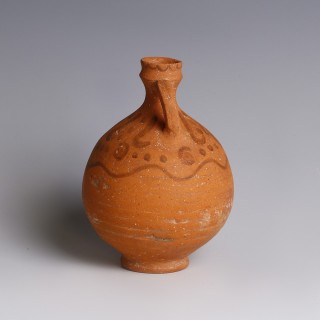 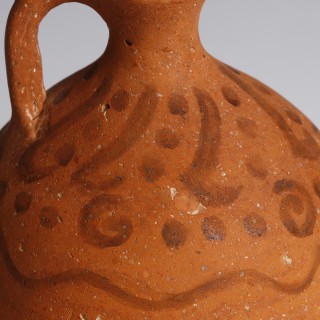 A globular shaped Nabataean pitcher made from a deep red terracotta. The large, rounded body leads to a short neck and mouth, which is slightly pinched. A small handle connects the neck to the body. The whole bottle rests on a small ring base. Decoration has been added in the form of a darker red dot and line pattern. The style of decoration lends itself to earlier pottery, dating from the 1st century. It would be categorised as early fine ware, with thicker walls than the egg-shell variety.