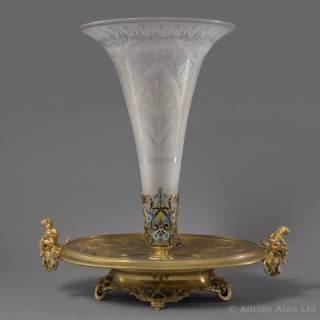 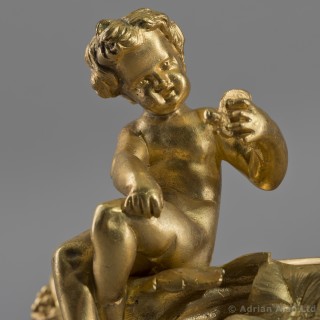 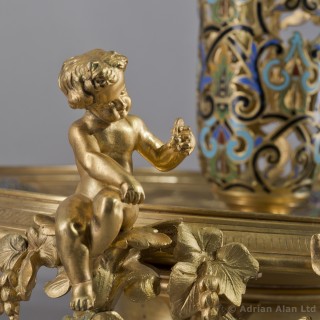 A Napoléon III Gilt-Bronze and Champlevé Enamel Centrepiece, in the Manner of Maison Alphonse Giroux.

This exquisite centrepiece has a frosted glass trumpet vase engraved with anthemions and supported by a neo-classical design open-work gilt-bronze and champlevé enamel stand, on an oval gilt-bronze base with attendant cherubs to the rim.

Champlevé enamelling, is similar to cloisonné in that the enamel is applied to discrete cells separated by metal. However, in champlevé, cells or troughs are cast into or cut away from the metal base, leaving a raised metal line between the cells which forms the outline of a design. The cells are then filled with molten or powdered glass and fired.

in the manner of maison giroux