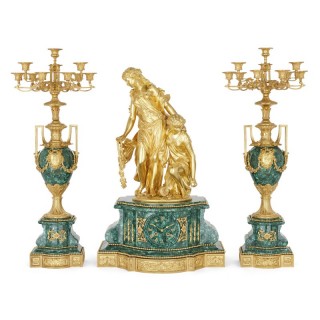 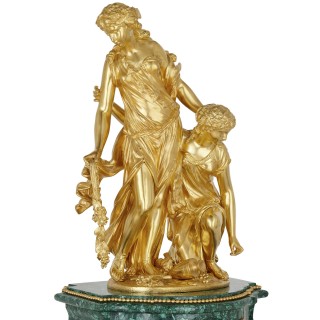 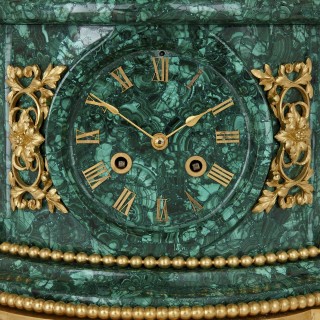 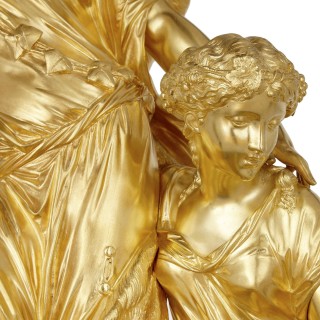 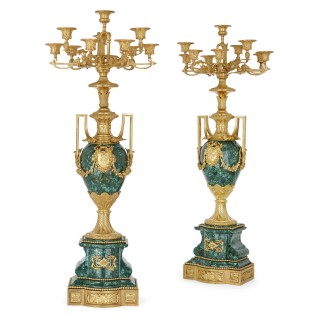 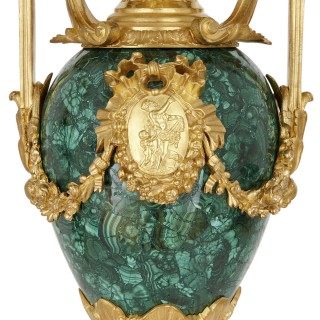 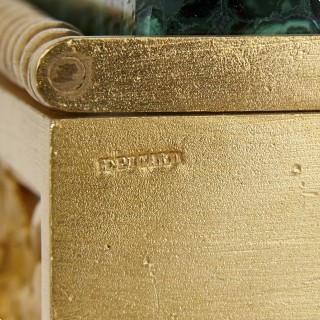 The central clock features a striking ormolu sculptural surmount, depicting two female figures, dressed in classicising Greek draped clothing, and holding a grapevine. One figure stands in contrapposto, glancing to her right, while the other kneels on the group and glances to her left. The sculpture sits on a malachite base, which forms the clock case. The circular central dial features ormolu hour indices, and is flanked by further ormolu mounts in the form of foliate detailing.

The pair of candelabra are decorated conformingly, with a vase shaped malachite body and shaped base, decorated with twin ormolu handles and further decorative mounts. They both feature nine lights.

Each piece in this three-piece set is stamped ‘H. Picard’ on the gilt bronze.