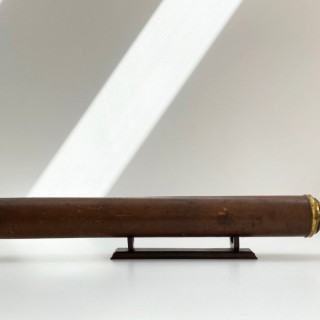 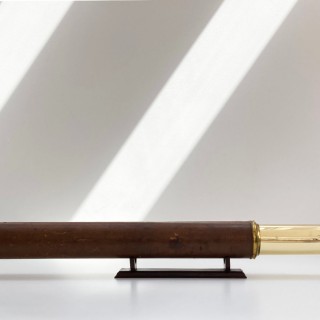 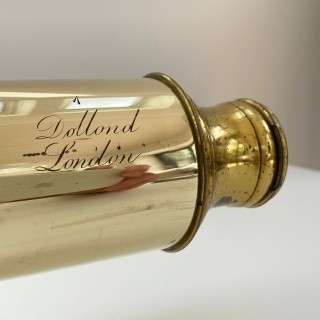 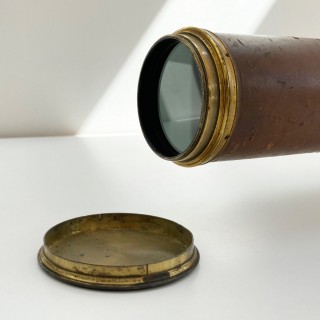 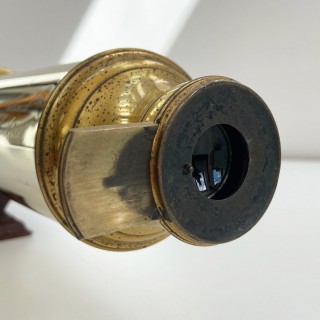 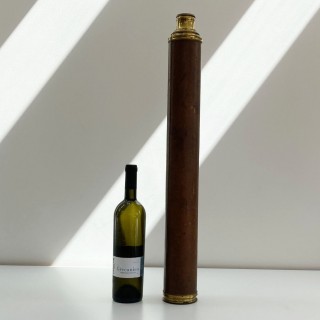 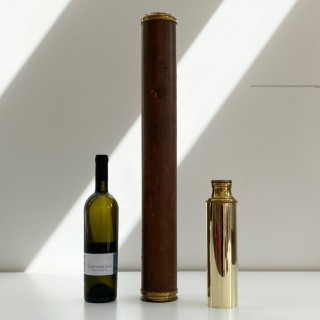 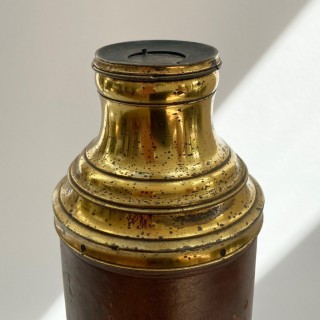 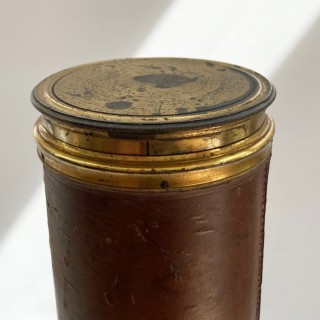 This form of maritime or navigational telescope was designed specifically for night observations or for poor light conditions and its size and lens structure was produced accordingly.

A publication of 1828, “The Panorama of Science & Art” by James Smith describes the night glass in the following way:

“The telescope called a night glass is nothing more than the common astronomical telescope with tubes, and made of a short length, with a small magnifying power. Its length is usually about two feet, and it is generally made to magnify from six to ten times. It is much used by navigators at night, for the purposes of discovering objects that are not very distant, but which cannot otherwise be seen for want of sufficient light, such as vessels, coast, rocks etc. From the smallness of its magnifying power, and the obscurity of the objects upon which it is employed, it admits of large glasses being used, and consequently has an extensive and well enlightened field of view”.

This Dollond example has a two and three quarter inch objective lens conceived to allow as much natural light to enter the barrel of the telescope as is possible and an eyepiece containing a further two lenses in a short draw tube with no backstop as is typical of the form. The combination of lenses presents an intentionally inverted image as an additional erector lens would also reduce the overall power of the instrument and thus defeating its purpose.

The telescope measures 68cms when closed and 85cms when drawn to its full extent. The main body is comprised of a leather covered wooden barrel with the single draw engraved to “Dollond London” with military crows foot mark above denoting its use by The Royal Navy. It also retains its original objective lens cap and dust slide to the eyepiece.

Hugely rare to find a night glass made by this supreme London maker and with confirmed military ownership. It retains the majority of its original lacquer and the leather cover is in super condition with no breaks to the stitching.

The makers of this telescope, Dollond, were set up in Hatton Garden in 1750 by Peter Dollond with his father John joining him shortly after. John Dollond’s invention of the achromatic lens (although bitterly disputed) led to his award of the Copley Medal by The Royal Society in 1758 and following this success, Dollond moved to The Strand where the company was appointed optician to George III and the Duke of York in 1761.