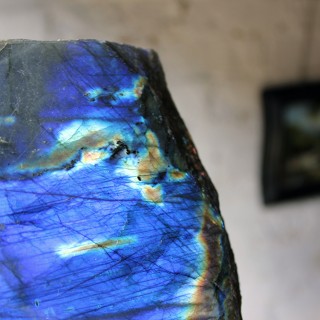 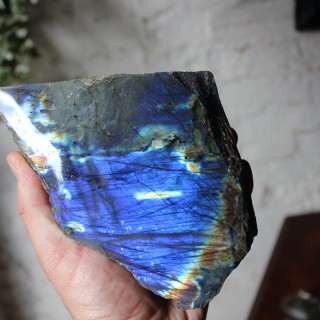 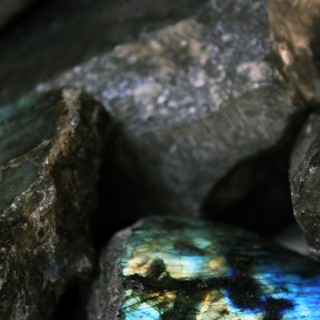 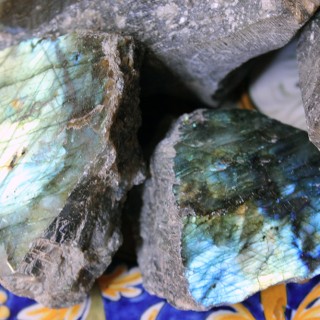 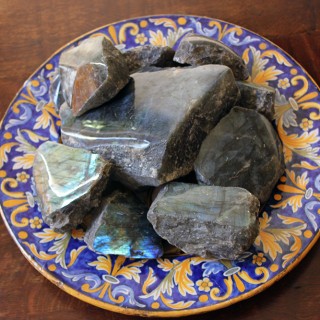 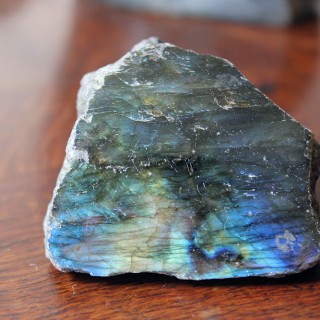 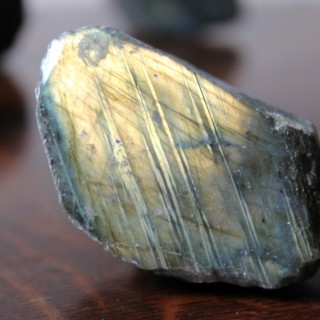 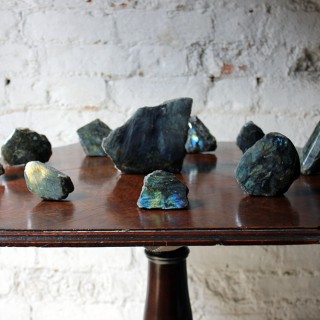 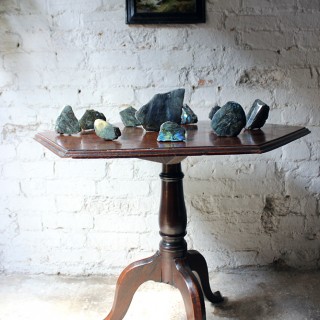 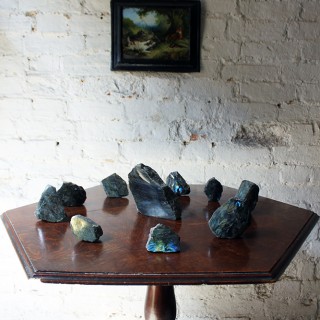 The group of ten stunning labradorite mineral specimens of different sizes, one particularly large, and each with one major face polished to show the structure, iridescent qualities and colours to best advantage.

Labradorite is a plagioclase feldspar that usually occurs in crystalline masses and shows a richly iridescent range of, in these specimens, blue-green colouration, sometimes known as a ‘schiller’ effect; it was first discovered in Labrador, Canada in the 18th century. It is, however, referenced in legends by older Inuit tribes, and was known to be in use by the Boethuk peoples of Newfoundland and Labrador. The folklore of the Inuit peoples claim labradorite fell from the frozen fire of the Aurora Borealis, an ordinary stone that transforms to the extraordinary, shimmering in a mystical light that separates the waking world from unseen realms.

The predominant blue varies within the light, displaying wonderful hues from deepest blue to various shades of pale, almost blue-green. It became a popular gem in Europe in the eighteenth and nineteenth centuries. See Bonewitz, Dr Ronald Louis, Rocks and Minerals, 2005, p.241 for information.

A beautiful alternative to the humdrum when tossed into a bowl to replace fruit or placed strategically on a shelf as a miniature stone-henge to replace that photograph you don’t really like. Magical.