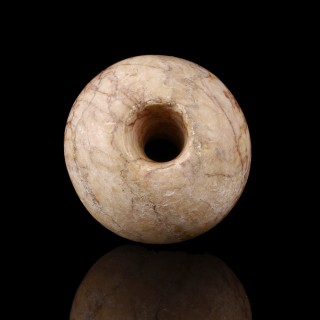 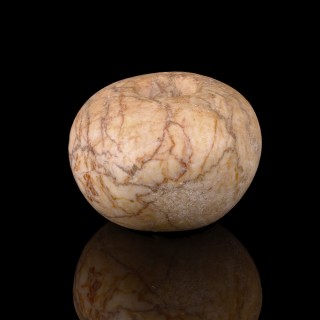 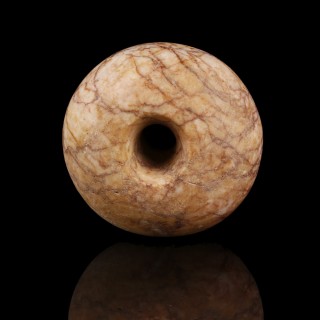 An ancient Near Eastern red veined marble ceremonial macehead of a spherical form.

A macehead may have been mounted on a shaft as a symbol of rank, perhaps a derivative from a weapon of similar form. Throughout the ancient world, maceheads varied significantly, and we know of a great number with different styles and decorations. Several important examples were shaped by the local metalworkers in Luristan and Gilan from the third millennium BC. These mace heads may not only have served a purpose in warfare, but also in religious contexts – perhaps being associated with piety in Luristan. Indeed, maceheads played an important role as votive offerings in shrines across Mesopotamia.

Provenance: From the Gottfried and Helga Hertel collection, Cologne, acquired prior 1995.