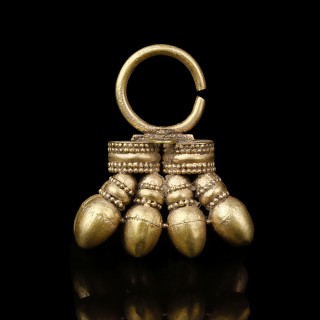 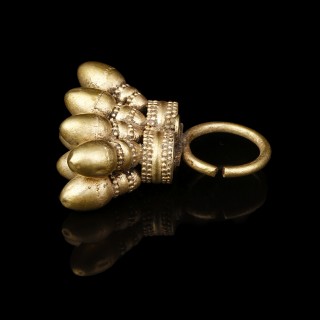 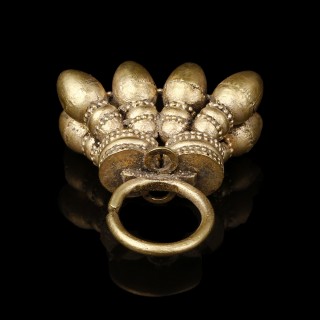 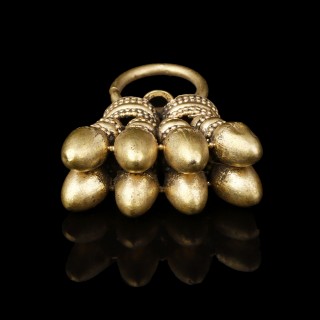 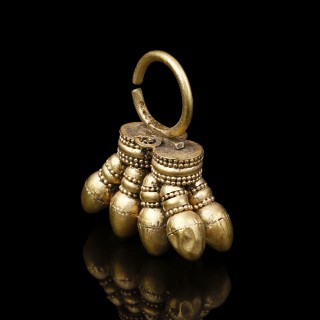 A stunning Near Eastern electrum pendant, with a cluster of eight dropping egg – shaped hollow electrum beads, crowned by alternating bands of granulation and smooth gold decoration. The cluster is attached to two joined short tripartite cylinders of hollow electrum, decorated with granulation and topped by a golden hoop, which features an opening to one side.

Many grand civilizations inhabited the area of the Near East in Antiquity, and their wealth and prosperity is witnessed by the very sophisticated precious metal crafts in jewellery. Very fine granulation, as we can see on this item, along with filigree, were at the centre of Near Eastern jewellery production and were later adopted by the Greeks and Romans.

Date: Circa 9th -7th Century BC

Extremely fine, the pendant is suitable for modern wear.