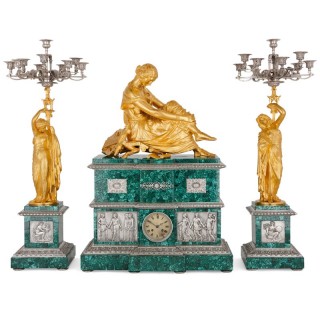 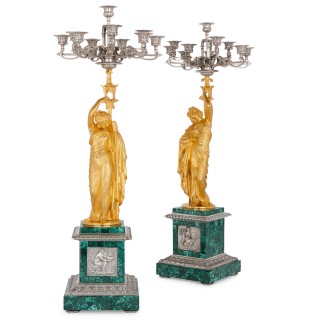 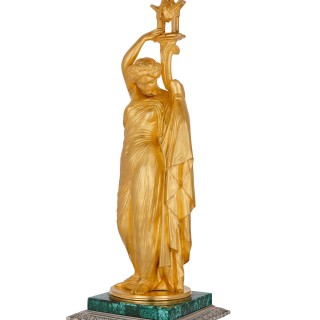 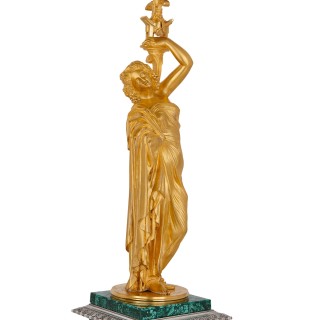 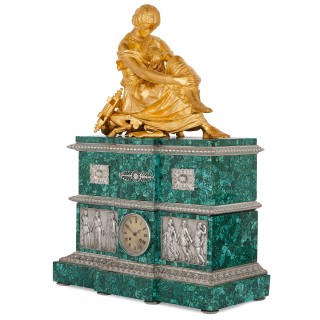 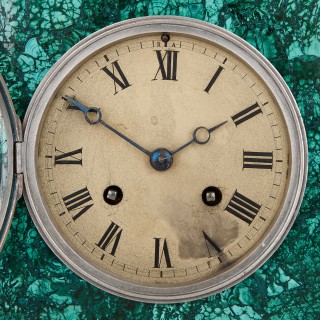 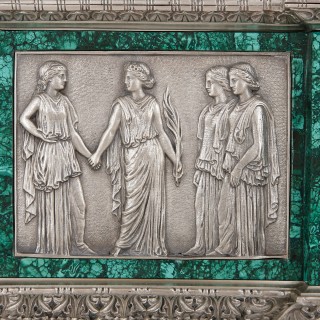 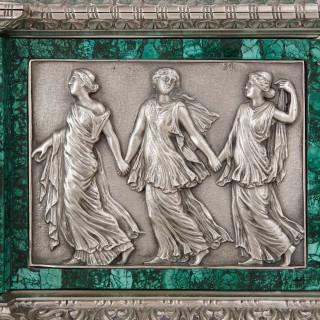 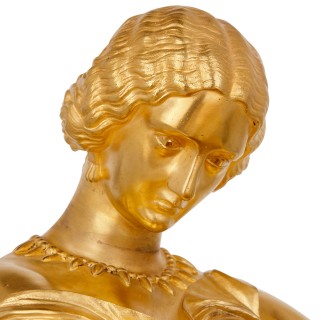 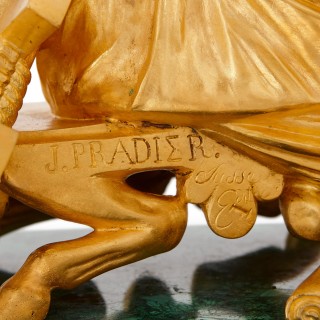 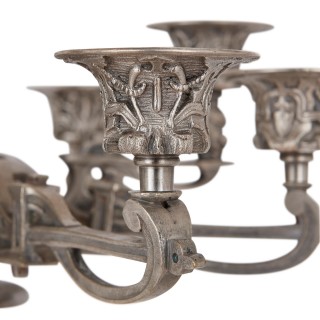 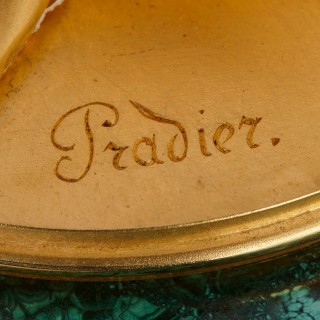 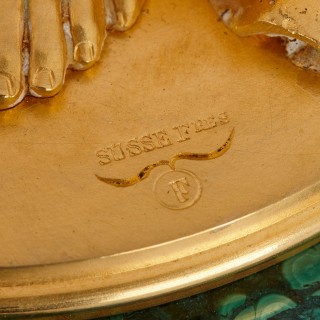 This spectacular clock set is based on the works of the esteemed Neoclassical artist James Pradier (French, 1790-1852), whose sculptures can be found in nearly all of Paris’s major museums and landmarks. Pradier designed all the bronze figures and reliefs in this set, including the exquisite figure of Penelope which sits atop the central clock case.

The set consists of a central clock and a pair of flanking candelabra. The clock is formed in two sections, with a rectangular clock case plinth supporting the gilt bronze (ormolu) sculpture above. The case is veneered in the vibrant green gemstone, malachite, and features decorative silvered bronze mounts. The clock dial is positioned at the centre of the case, and there are two silvered bronze relief panels either side, which depict classical female figures. The sculpture that tops the case depicts Penelope, the wife of Odysseus in Homer’s Odyssey and a symbol of marital fidelity in Western art. She is shown with a lyre by her side, and the figure bears the signature for ‘J. Pradier’.

All the bronzes in this set bear the marks of the illustrious Susse Freres foundry who cast them.